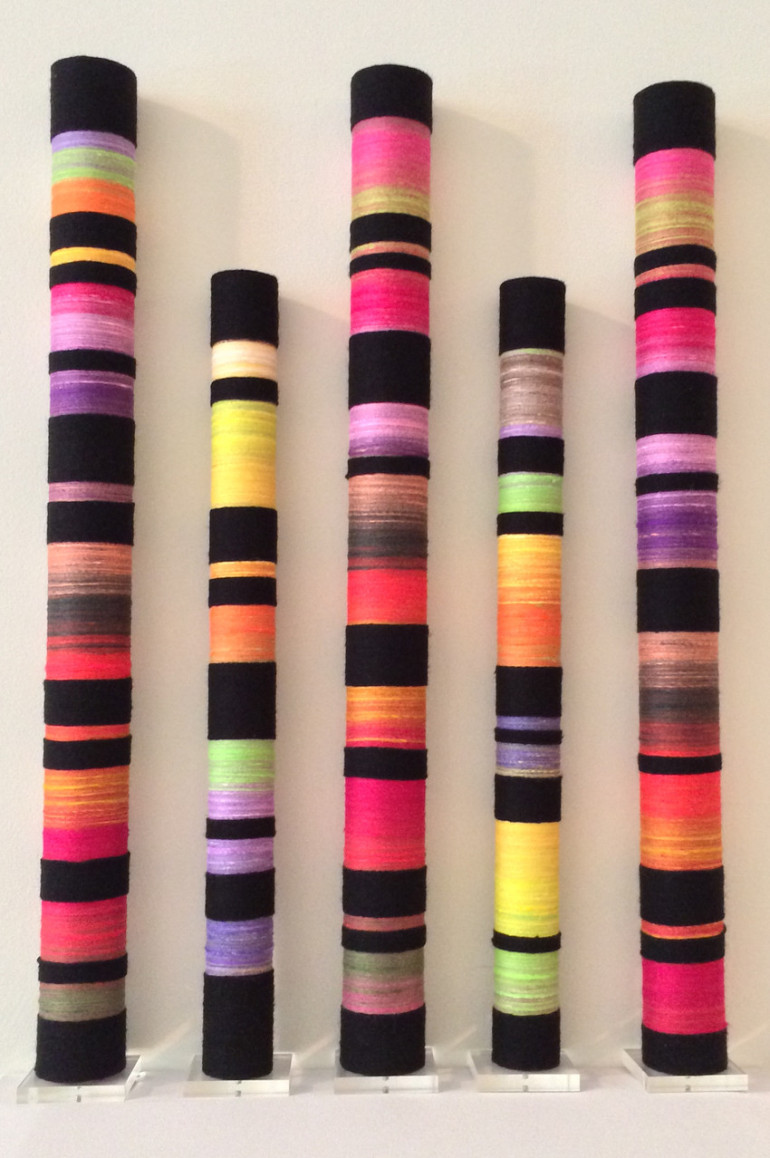 I’m a fiber artist. I’m mad about the play of color and texture on fiber. I create pieces of fiber sculpture. I practiced interior design after graduating with a degree in fine art. After decade of successful practice, I realized that it was not my true calling, even though I was great at it. To quench my creative thirst, I turned to fiber. I wanted to create a unique piece of art, experimenting with metal and fibers. I turned and spun the materials until I had achieved a cylindrical architecture built of fiber and metal. It was satisfying in a way that no other discipline had been. The final set had five pieces. They were at once part of me, a personal story; they were also tribal, hinting at a story I had not told yet. Because of this, I decided to name what I had created, totems. As a recent transplant to Miami, I am amazed at the play of color in the environment. The Miami sky is unlike any other. This was my homage to that beautiful sky.

Star Trauth was born to a couple of nomadic hippies in 1970. Traveling from state to state, commune to commune, allowed her to experience rich geographic cultures. Setting off on her own at a relatively early age and immersing herself in the counterculture of her own time, she found herself amid The Punk Rock Movement and tumultuous political currents. A trip to New York City introduced her to the amazing works of street artists and street culture, in general. The tribal aspect of Eskimo, Mexican, African, and Native American culture that she experienced as a child and the edginess of the eighties inform her work today. She began her first work in textiles when her grandmother taught her to sew. She informed all of her granddaughters that in order to get a husband you needed to know how to sew well. While that is not how she found her husband, it was the beginning of a love affair with fiber. Star resides in Miami with her husband of eighteen years and her daughter of twelve years.

Leda and The Swan (Canon Interrupted)