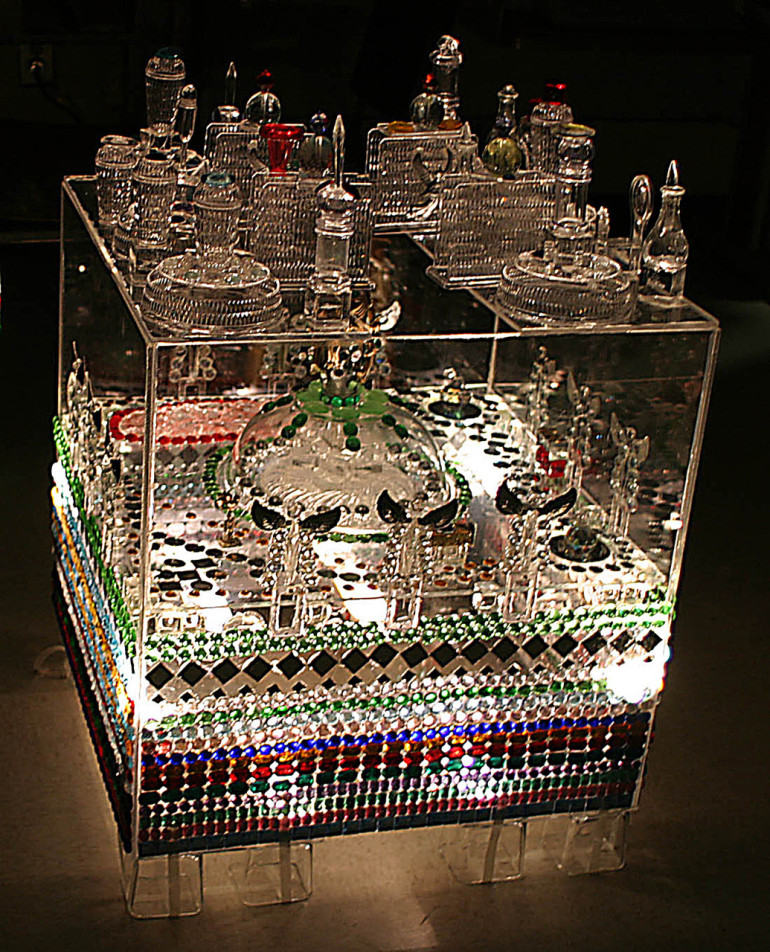 In terms of 2-D compositions as well as 3-D constructions, Bretta’s artworks reflect her efforts to resolve the problem of establishing structurally sound and accurate space within simulated atmospheres and venues. Her artworks also express the analytical processes used to resolve these problems while creating various concepts. She visually interprets and represents each element in a manner that will enhance visual sensations and enrich the overall visual experience. In terms of subject, her artworks reflect her Christian beliefs, concerns, and doctrines. She views her artworks as a “Visionary Christian Art Ministry.” It is her intention to visually communicate unique atmospheres through the depictions of Biblical themes, personas, vistas, historical moments and future projections. Her visual interpretations of the scriptures are generally representational in appearance. She believes that her artworks will share the Gospel and provide an oasis of visual refreshment for humanity.

Bretta Staley is a native of Orangeburg, SC. She graduated from Edisto High School in 1973. She graduated with a BA in Art Education from Claflin University in 1977. She did further studies at SC State University, Limestone University, and the University of South Carolina in the areas of Art Educational Research, Visual Communications, and Computer Science. She received her M.Ed. in Divergent Learning Art emphasis from Columbia College. She has taught in public schools in Greenville, Florence, Walterboro and Calhoun County. She was the Fine Arts Coordinator of the Claflin University UB Program and Visual Arts Teacher/Coordinator at G&T Consortium for the Arts of Orangeburg. She has participated in many art exhibits across the state and east coast and has received numerous awards from juried shows. She is listed in the 2006 and 2007 editions of “Marquis Who’s Who In America,” and the 2008, 2009, 2010 Edition of “Marquis Who’s Who In American Women” and “Who’s Who Among America’s Teachers.”

Sunrise On The Mountain