Remember This As a Time of Day 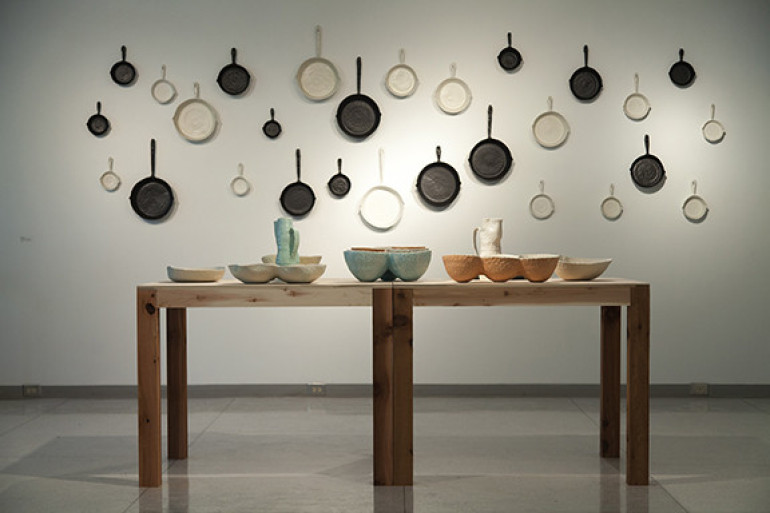 At the intersection between generations, things are lost. Domestic items lose their potency in daily life, and rarely are objects created, manufactured, or bought with intentions to spend a quality amount of time with them, care for them, and pass them along to younger generations. The work I create is a reaction to this reality. Contemporary society is consumed with disposability, and people are no longer connected to the objects that aid in their sustenance. Making objects formed with touch, labor, and time, imbued with value and worth counterpoints this disposability—the objects I create patiently wait to be discovered and enjoyed, retained, and later passed on to others.

Brent Pafford grew up on a family farm in South Carolina. He earned an Associate’s Degree specializing in 3-D animation and digital effects from Piedmont Community College and furthered his interests as he completed a BFA in Studio Art from Winthrop University. Working in the organic grocery industry for a number of years allowed Brent to witness people’s interactions and relationships developed over nutrients consumed to sustain life. He became interested in functional ceramics due to the relationships forged between maker, object, and user. After graduating Winthrop University he continued to make functional ware while exploring various firing techniques. Brent continued his education by completing his MFA at Clemson University in 2014. Brent has exhibited nationally and internationally. As he continues to develop as a ceramic artist, he hopes to begin completing residency programs among reaching other goals in New Orleans.