I Have A Dream In New Orleans 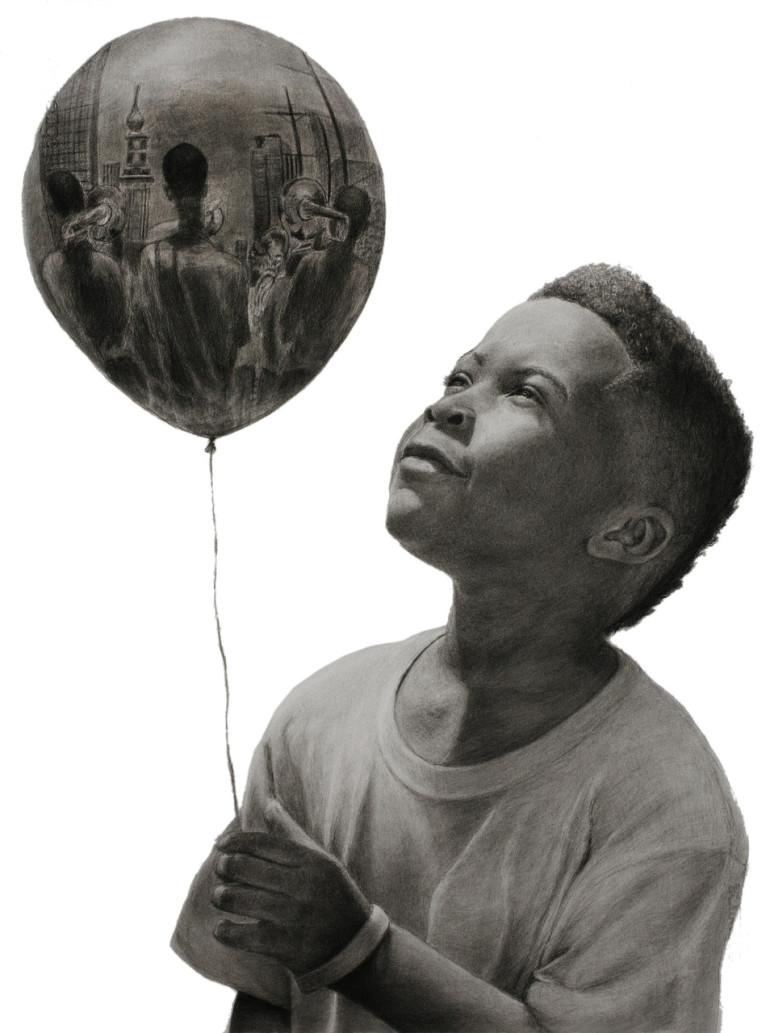 150. 150 dreams dashed to the ground. 150 dreams shot down. 150 lives lost to violence this year in New Orleans. Each one was a child once. Each one held hopes and dreams of a better life. Each one possessed unlimited potential and inherent worth. This year, we lost 150 dreams of a better world. Every week, I feel gunshots shake the foundation of my city, robbing the dignity and stripping the selfhood of every citizen. My experience leads me to a revelation: each of us must play a role in helping to stop the Goliath of gun violence. My black-and-white drawings ask one question of my audience: faced with the bleak reality of violence, will we become hardened, hopeless and detached, conceding to the Culture of Death, or will we conjure up our courage, gaze up at Goliath, and hold steadfast for the holiness of life? This is the question of my art. This is the question of our age. It is an either/or question. It is black or white. Like the little boy in the drawing, I choose to dream of a higher purpose to life, beyond the nihilism of murder. Even when we must hear the shattering wails of mothers, even when we must lower little coffins into the ground, even when we must woefully release balloons to the heavens, mankind can still see hope, act with purpose, and dream big dreams. I choose to dream of a New Orleans, an Orlando, a Charleston, where love takes root, beauty abounds, community conquers chaos, and all across the city, the sweet music of peace plays out in the streets.

Originally from New Jersey, Charles moved to New Orleans with a mission to bring peace to the streets of the city. From 2007 to 2011, he organized hundreds of marches, vigils, meetings, art shows and classes-all to stop the gun violence, mostly in the areas of the city that were historically the most violent. After a request to do a portrait from a mother who lost her son to violence, Charles pursued drawing portraits of victims of violence for each one of their mothers. Over the past seven years, he has expanded that mission and began to draw people who were involved in the New Orleans peace movement. He uses his art to show the positive people in New Orleans-those who have been working hard to change the lives of our young people.