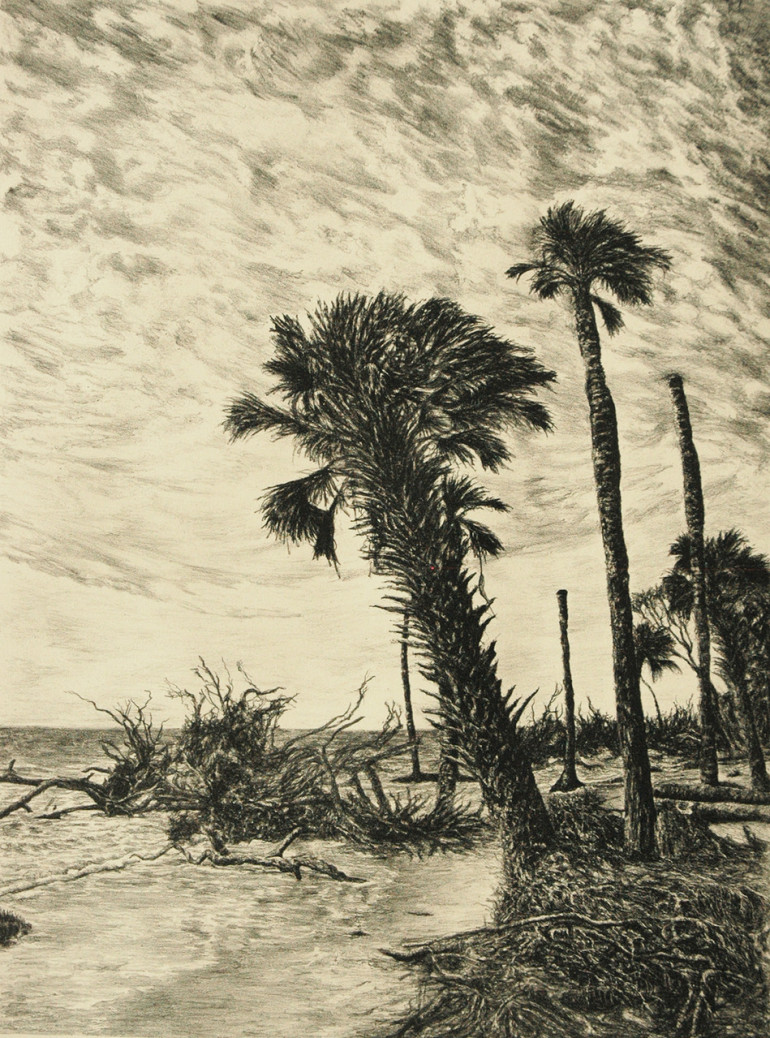 I was born and raised in South Carolina. I am alarmed to witness the pace of human development and the rapid loss of natural habitat on our coast.

The work submitted is part of a body of work from my South Carolina Coastal Lithograph Project. This endeavor is as much a passion as a project, combining my regard and concern for the continued viability of South Carolina’s coastal ecosystem with my love of stone lithography.

Its mission is to create a lasting body of lithographic work devoted to capturing the mood, spirit and rich diversity of South Carolina's coastal habitats and some of their extraordinary indigenous creatures.

The goal of the project is to advance the public recognition of the value of our coastal ecosystem, contribute to the cause of conservation and become a descriptive visual story of place to be enjoyed by future generations.

Spartanburg native, Jim Creal is an artist/printmaker. He creates landscapes and non-representational images through lithographic, etching and monotype print processes.

?His work has been exhibited in numerous solo, invitational and juried exhibitions and recognized by many awards. In 2013, Creal initiated his South Carolina Coastal Lithograph dedicated to creating a lasting body of lithographic work that captures the mood, spirit and rich diversity of South Carolina's coastal habitats. In addition to creating his personal work, Creal teaches in the South Carolina Arts in Education Program.

?Creal has had a life rich in the variety of experience. He has degrees in philosophy, geology and fine arts. Upon earning his philosophy degree he worked on a textile production line in South Carolina, as a mate on a dive boat in the Florida Keys and as a structural welder in Nebraska. After he earned his subsequent geology degree he worked as a minerals exploration geologist in Ireland, Scotland and Alaska. Since 1992, Creal has dedicated himself to working as a professional artist.

Portraits in Passing, an installation