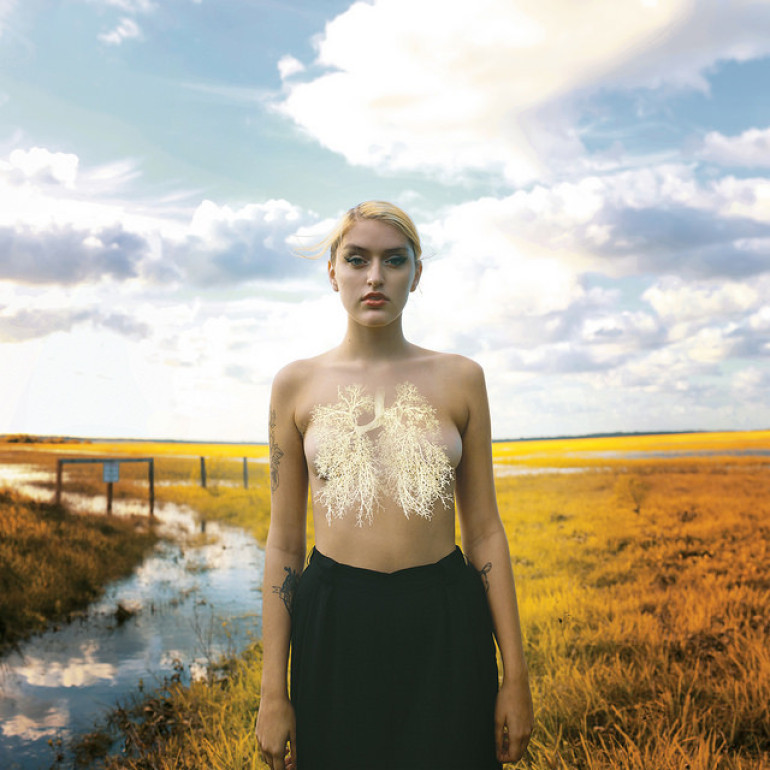 The work is based on the aftermath of Hurricane Matthew in Northeast Florida. The moment captured is a surreal interpretation of the first moments after the air cleared. In the photograph, “The Resurgence,” the woman is standing on the edge of a marsh with golden light and light blue sky enveloping her. Her lungs appear exposed with wisps of white. The photograph seems do glow and the air is crisp and clear. It is a memorialization of the world's ability to return to vibrancy even after severe devastation. Here, the beauty of the world is apparent and a breath of fresh air may be inhaled. It is over and the world will return to a beautiful balance.

Masha Sardari was born in April of 1994 in Rybnitsa, Moldova. She lived in Moldova until she moved to the United States at the age of twelve. She now resides in Ponte Vedra Beach, FL. Masha discovered the photographic medium in January 2010 after receiving a point and shoot camera as a gift. She began her artistic journey with a 365-day project that challenged her to capture a photograph every day for a year. As the year progressed, she developed her own style involving a square format, deep colors, and mysterious events. At first her work involved mostly self-portraiture, but eventually she incorporated other models. This shift allowed for additional freedom as Masha was able to manipulate composition and concept more effectively. Masha draws inspiration from a number of sources from childhood memories to Renaissance paintings. Her photography includes painterly effects and psychologically oriented lighting to create high drama and tension. Mashaâs photography provides a window into the inner world of her mind.