Elemental Mistresses (The Power of 3) 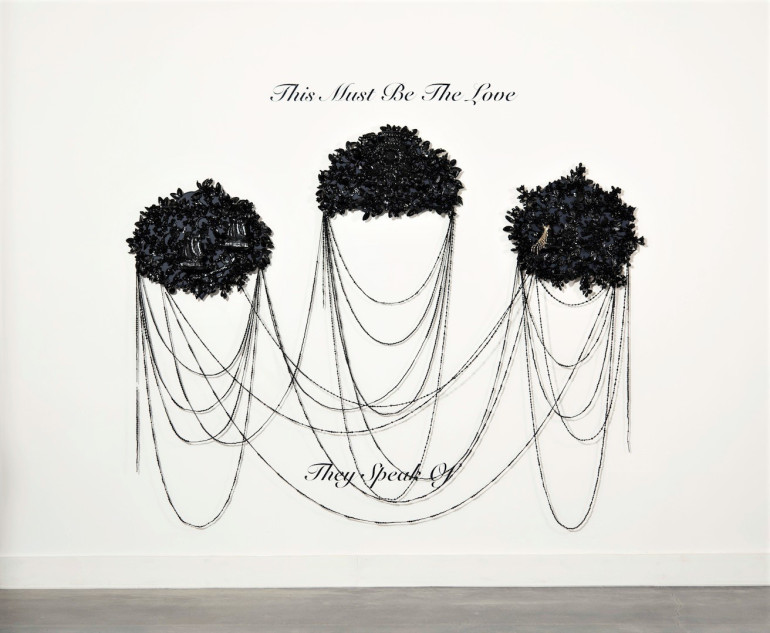 My work is inspired by memory, fantasy, surrealism, popular culture and decorative and ornamental arts. This inspiration has manifested itself in years of collecting coded materials that serve as muses in my daily practice and as physical elements within my assemblages and installations. My focus is on the exploration of self-identity, with references to Haitian culture and global cultural mythologies, while concurrently considering feminine and historic tropes relative to contemporary cultural politics. The gender-loaded objects in my work are mass produced vintage home decorations. The combination of re-contextualized materials with texts constructs a "stream of consciousness" narrative that speaks to the inner dialogue of identity, expressing a reciprocal, romantic sentiment or pervasive sense of melancholy or longing. The composition alludes to botanical structures and the intersection of culture and history, while maintaining sentiments of femininity, beauty and sensuality.

Vickie Pierre was born in Brooklyn, New York where she graduated from the School of Visual Arts in 1997. The artist currently lives and works in Miami, Florida.

In 2016, Pierre participated in the All Florida Invitational at the Boca Raton Museum of Art and in 2017 received the South Florida Cultural Consortium Award for Miami-Dade County.

“The only thing that grows here now is cell towers.”