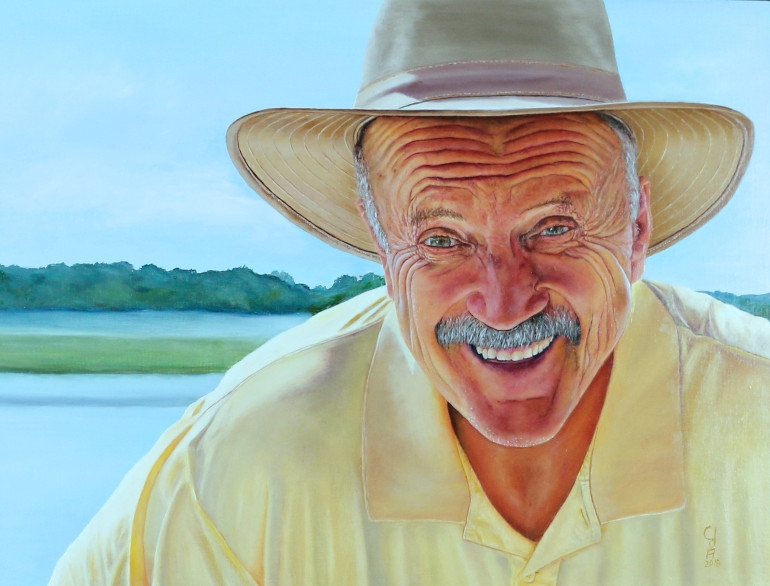 I was on a family outing when I took the photo of Dennis that served as the reference for this painting. It was warm and sunny and everyone was having a good time watching dolphins feeding. I caught him looking my way with his winning smile and I knew right away I would have to paint this portrait.

Painting is one of many creative endeavors Charles enjoys. He is a Kentucky native who was a successful musician and pilot before retiring as a police detective. As a musician, he performed as a side man on the Grand Ole Opry stage in the 1970s and won the Walnut Valley Festival International Fingerstyle Guitar Championship in 1992. His flying resume includes everything from crop duster to air ambulance to airline pilot.

Only after retirement did Charles try painting with his mother who had painted for most of her life. He’s principally self taught but has studied with Jennifer Fairbanks, Cleda Curtis-Neal, and David Gray. His work demonstrates a keen attention to detail and frequently exposes his sense of humor in whimsical depictions. He particularly enjoys painting portraits and will accept commissions.

He is a member of the Paducah Area Painters Alliance, Oil Painters of America and the Portrait Society of America.