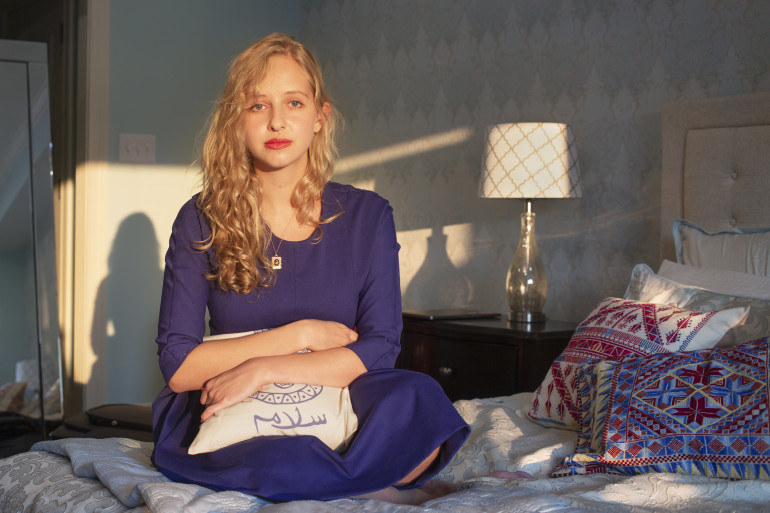 Heya (She in Arabic) is a photography project that portrays a celebration of ethnic identity and redefinition of gender roles within the Arab culture. Participants in the project are young-adult Arab American women, whose origins are from the different Arab countries, migrants or born to Arab parent(s), of different religious beliefs, celebrating their ethnic identity by turning away from widely accepted norms and embracing revolutionary attitudes and an ideology of their gender role in the Arab culture. "Resisting is existing" said Kamelya, one of the subjects, "critiquing the culture allow me to assert my existence and owning my identity". Heya opens windows into the lives of nontraditional Arab Women who praise their culture and find a way to exist through it by breaking expectation and redefining their rules. The portraitures and video interviews invite the viewer to embark on a journey of memory and present each subject sharing their space, experience and quest for identity.

Born and raised in Tunisia, Karaoud migrated to the USA in 2002. After a ten year career on Wall Street, she left to pursue her dream and became a documentary photographer. In 2013, when she started her artistic endeavor, she documented stories on women’s roles in their communities around the world, focusing particularly on tribal communities in Oceania and Asia. Karaoud exhibited the work internationally and in several galleries in Louisville where she has resided since 2014. Since then she has produced, exhibited and published work on women’s labor and exploitation in rural areas of Tunisia and Southeast Asia. Karaoud received received grants from the Great Meadows Foundation as well as Kentucky Foundation for women. In 2018, she won the International Photography Contest Shining a Light award, organized by the Muhammad Ali Center. In same year her photo essay on womanhood and nationhood of Sahraoui women was published in Advances in Gender Research.

Justice by Just Us

Someone To Watch Over Me

Jessica (Tale of a Caged Bird)