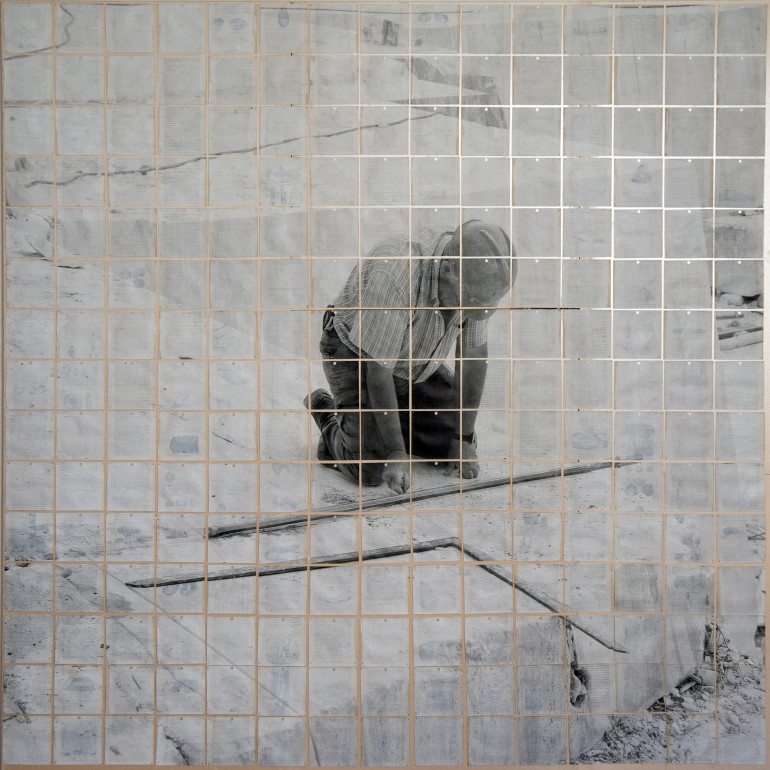 I have been printing this body of work on original pages from 19thC geology textbooks. During an artist residency in Portugal in 2015, I was given the unusual access of working next to the engineers and quarrymen. Since then I have returned 5 times, both to make new pictures and mount an exhibition. In addition to learning something of the history and method of marble extraction and finishing, I have been incorporating past personal experiences into my working method in making this series. As a teenager I assisted a geologist in measuring the River Tweed (Scotland-England border) mineral deposits. This current artwork is the first time I have utilized that experience. Indeed, it was only in recent years that I learned of the importance of the area I grew up in to the origins of geology as a science, with its beginnings at Siccar Point, Berwickshire, a landscape I had drawn and painted in my youth.

Originally from the border of England and Scotland, Phil Moody’s work has centered on regions as defined by people., including an extended series of color portraits from the east coast of Scotland. After moving to South Carolina in 1985, he made a body of photography relating to the textile industry, blending visual imagery with text, and producing large panels that have given a voice to the overlooked working person. (Ordinariness has been worthy of celebration). More recently he has photographed in the marble quarries of the Alentejo, Portugal, after an artist residency in 2015. He was a photography instructor at Winthrop University (1985-2017), and the recipient of many awards over the years (SC Visual Arts Fellowship 2004). His work can be found in corporate and private collections in the United States, England, and Scotland.

Get In Front of the TV