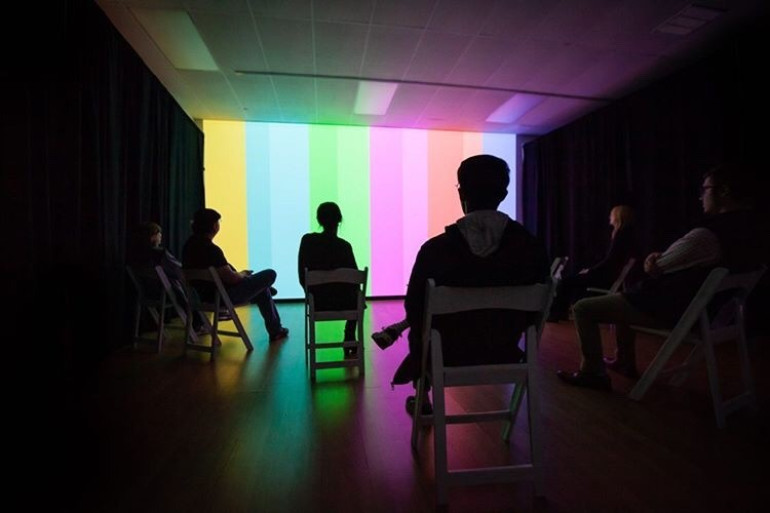 "Memory Dissolve looks at the effects our memories have on us and the desire to rid our minds of the bad ones. The piece begins as a piano piece that goes through many different emotions and ideas. Using repetitive rhythmic patterns and themes, the music concludes with the main theme falling apart piece by piece until we are left with a solitary note that dissolves into silence. The music is accompanied by moving images of color and texture pattern that challenges the spectator's memory of what has been seen and what be seen."

Emmy nominated composer Amos Cochran is an American musician and sound artist whose compositions for film, theater, radio, and television have received many honors, including a Kennedy Center Excellence in Composing Award in 2010, a premier at the 2017 Sundance Film Festival, and commissioned work from Crystal Bridges Museum of American Art in Bentonville, Arkansas for their 2019 exhibition Color Field.

Currently Cochran is expanding his work into the world of sound installations, performing live, and releasing new material unrelated to film.

Postcards from the Sun