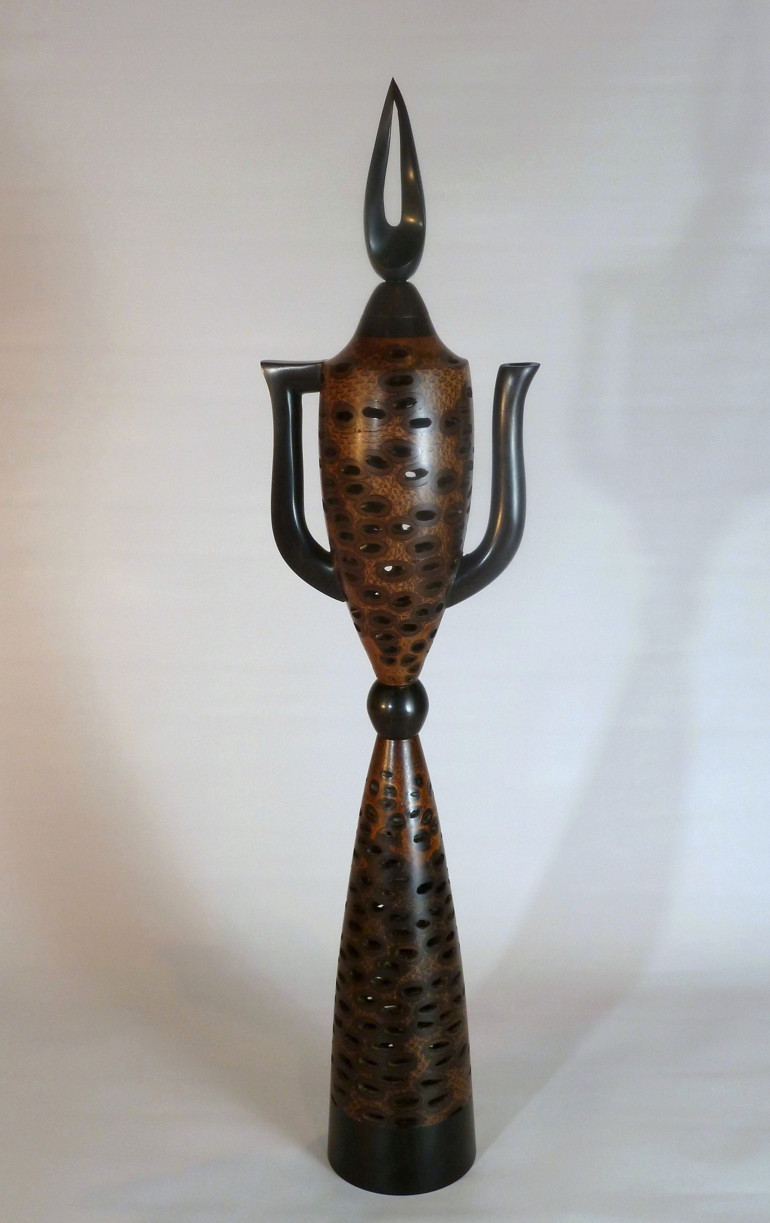 The seed pod that forms the body of this work is from an Australian Banksia tree. Often used for craft turnings such as candlestick holders and weed vases, I have developed techniques to hollow the pod to a 3/16" wall thickness. Details such as the spout and handle are made from African blackwood.

Although this tea pot is not utile, it does contain all of the elements of a serviceable tea pot. The spout is hollowed all the way through, the handle is crafted to fit the curve of fingers, and the lid with finial is removable.

The title is derived from previous work. The finial is similar to a Mobius strip which represents infinity. Thus "InfiniTea." This is the second piece where I have used this shape, therefore "Too."

David Datwyler is a wood artist who lives in Spartanburg, SC. His work is inspired by historical and modern vessels, especially pottery and blown glass. Although often based on utilitarian items such as baskets, vessels and tea pots his pieces are purely ornamental celebrations of craft as an art form. A lathe, a power tool that spins wood as it is being carved, is used as a basis for his work. He then enhances his pieces by carving, sculpting, deconstructing and reconstructing different components.

He discovered wood turning as an art form twenty years ago. Captivated by the forms that could be produced on a lathe, he began turning in 2004. His first introduction to the Banksia seed pod was a piece in a gift shop that had been turned as a simple candlestick holder. He developed techniques to hollow the pod to a 3/16” wall thickness. His work has been in galleries, exhibits and museums throughout the country. He has won multiple awards including two best of show awards.