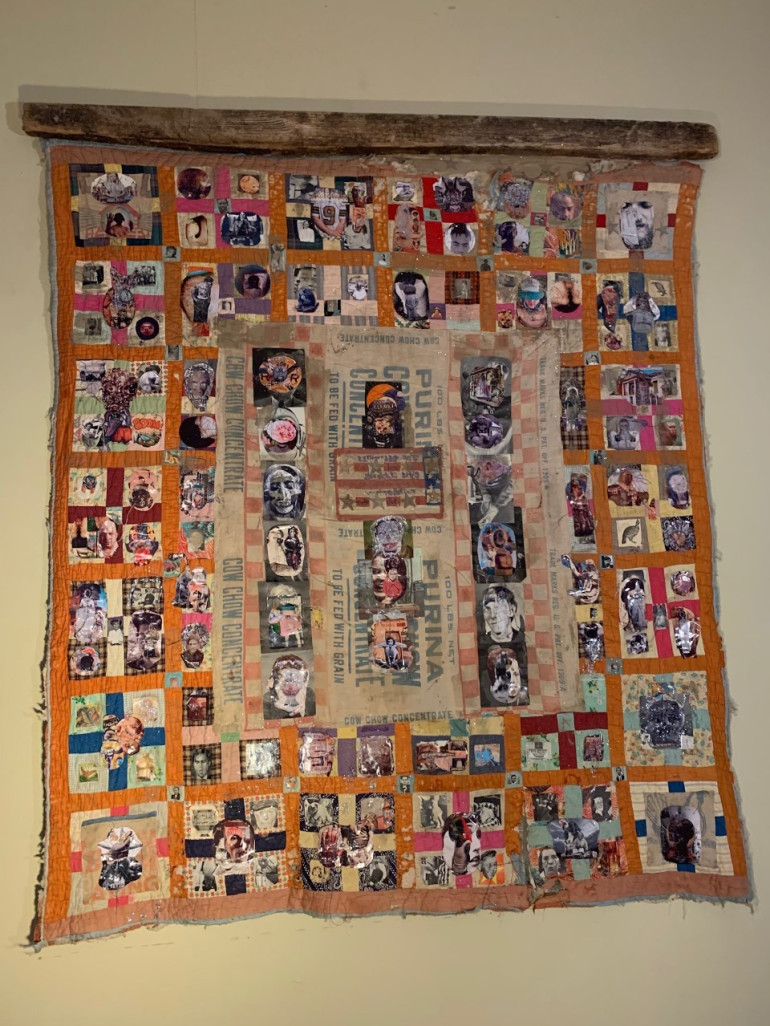 As a white male born and raised in the South, I've thought a lot about ways to address my complex and abject ancestry. Using original photographs, picks from archival family photos, found images, and vintage graphics, I've appropriated my great-grandmother's homemade quilt as a backdrop for accommodating an idiosyncratic revision of the family album. In creating a narrative send-up of personal mythology, viewed through lenses referencing -among other things- horror movies and queer cinema, I've found a way to initiate an ongoing dialogue with my southern identity, re-contextualize family heirlooms, and begin to dissect my own family history.

There's no special significance that was Halloween. I'd finished my shift as a waiter at a faux- French restaurant, picked up a six-pack, and headed over to my friend Mike's apartment. We were watching MTV when I was struck by the idea that we needed to pop over to the all night drugstore and purchase art supplies. We returned to his place and worked on art until dawn. Two weeks later we had a studio in the old attic of his grandparent's house. Last month, thirty-six years later, we finished a book project, a collaboration.

My mainstay is visual art (paintings, mixed media, installations, photography and films) but I work in a lot of different arenas. Just finished an album -music- "29 Motels".

I get inspiration from a lot of activities and places. When I was six years old, I told my parents I wanted to be a world traveler; we decided to earn that distinction I'd have to go to 100 countries. I'm at fifty-six and still exploring...

Struggle of a Champion