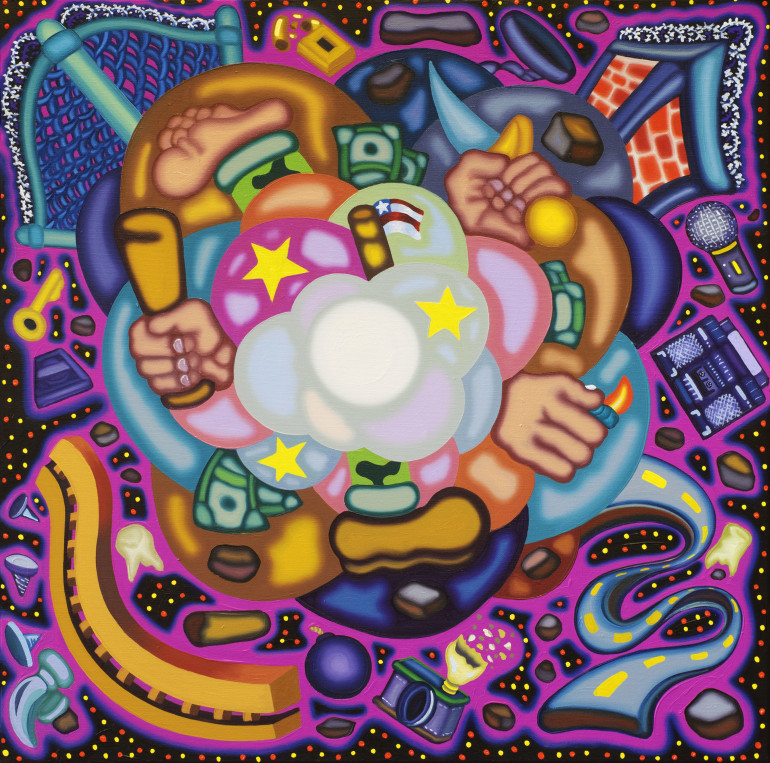 My current cloud compositions deal with the idea of conflict and turbulence, both domestic and abroad. These clouds also double as nebulas, contracting and expanding energy around the idea of conflict. These works deal with notions of political strife coexisting with environmental concerns. They also produce smaller troubled environments coexisting in larger yet equally troubled ones. There are fragmented figurative elements existing in and outside of these clouds, as well as tools, weapons (manmade and biological), and elements of consumerism and vice. These fragments serve as visual metaphors that address specific narratives from our modern time.

The Ghost Trees of Lake Moultrie