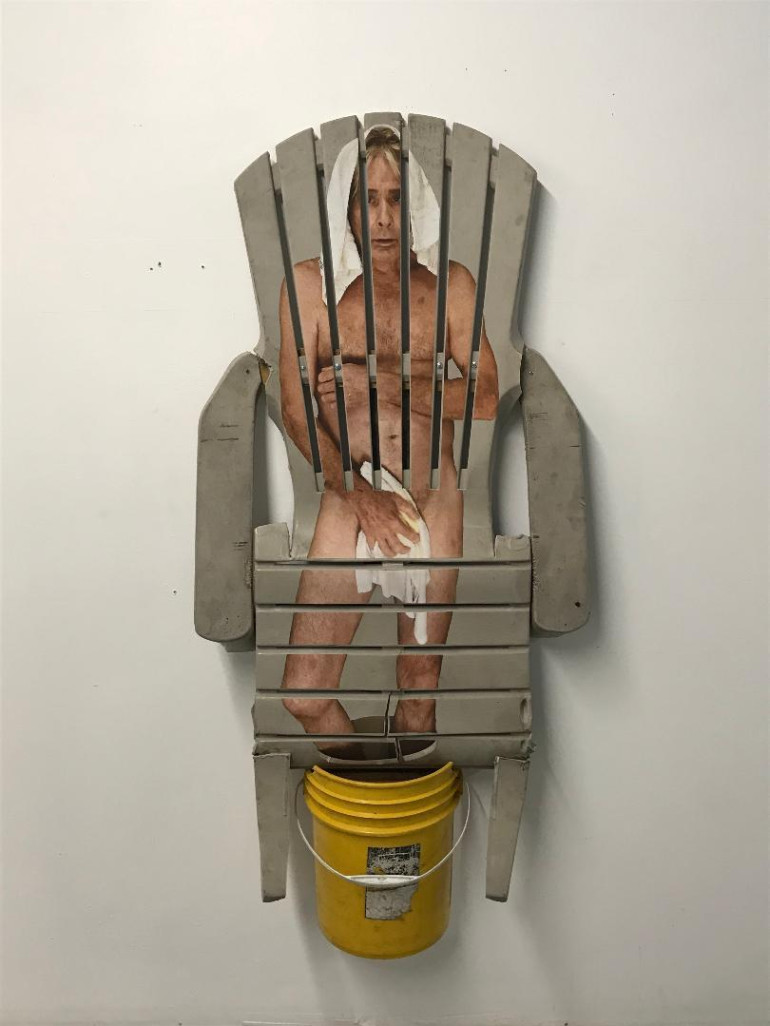 The work presented is intended as a response to our throw-away / cast-off culture, becoming ever more apparent as packaging, plastic, construction materials, miscellaneous mass-produced toxic junk, more & more surrounds & engulfs us. The 1st concern was the growing colonies of cast-off people living in streets, under freeways, in empty buildings; survivors of throw-away wars, collapsed families & communities, the addiction-medication industries, traumatizing by-products of a hierarchical, debt / consumption, treadmill culture that's become hideously competitive, disconnecting, & merciless. Like Nature itself…sprouting through cracks and chinks, climbing across ruins & dumps, people at the bottom survive too The work considers our anthropological trash heap, as a barometer of where ADVANCEMENT, PROGRESS, & GROWTH, might lead; alongside record stock markets & luxury towers, the thrown-away that’s less and less ‘hidden’, and more and more ‘ in plain sight’.

Rohn grew up in New Jersey and Long Island and studied art and urbanism at Colgate and New York University. He also studied Architecture at Ecole des Beaux Arts, Paris and Pratt Institute, Brooklyn. After working in New York City in architecture, he began

In 1992, Rohn moved to Miami, exhibiting at Bianca Lanza, MOCA, and Carol Jazzar Gallery. His (self)portraiture series emerged in 2008 and street figures in 2017 after Jazzar closed. In 2018, Rohn's (self)portraiture morphed into constructions using cast-off/found objects, photography, and painting with the intention of reflecting our "throw-away" consumer culture.

Rohn has exhibited and been reviewed widely in South Florida over 25 years. Exhibitions have also been held in New York, Los Angeles and Berlin.

The Lady Matters (Too).

The Story of the Rainbow Maker