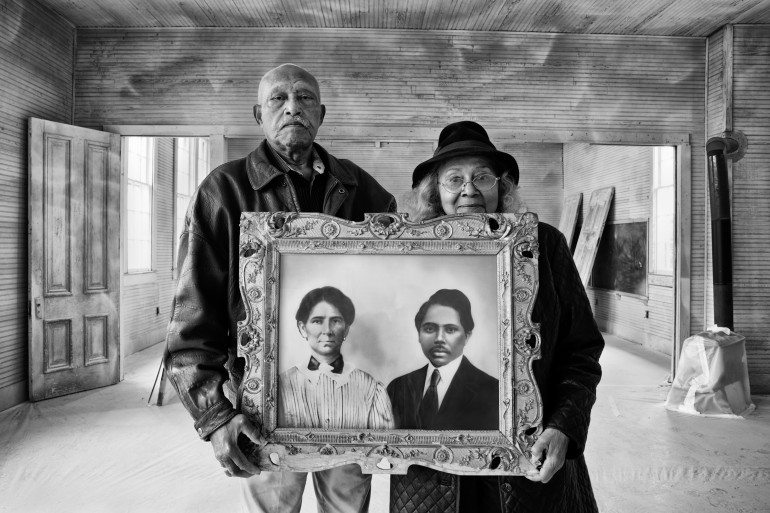 Julius Rosenwald led Sears, Roebuck & Company from 1908 until his death in 1932. He helped turn Sears into the world’s largest retailer, and he became one of the earliest and greatest philanthropists in American history. Booker T. Washington was one of the most prominent African American voices in the late nineteenth and early twentieth centuries. Born into slavery, he became an educator and was the founding principal of Tuskegee Institute. He led the college for more than 30 years. Rosenwald and Washington met in 1911. The next year they created the program that became known as Rosenwald schools. From 1912 to 1937, the Rosenwald schools program built 4,978 schools for African American children across fifteen Southern and border states. Of the original 4,978 schools, about five hundred survive. In what is the first comprehensive photographic account of the program, Andrew Feiler drove more than 25,000 miles and photographed 105 schools in all fifteen program states.

Andrew Feiler is a fifth generation Georgian. Having grown up Jewish in Savannah, he has been shaped by the rich complexities of the American South, and of being a minority in the South. Andrew has long been active in civic life. He has helped create over a dozen community initiatives, serves on multiple not-for-profit boards, and is an active advisor to numerous political leaders. His art is an extension of his civic values.

Andrew's photographs have been featured in Slate, Lenscratch, Oxford American, The Bitter Southerner, numerous newspapers, and on NPR. His work has been displayed in galleries and museums including solo shows at such venues as the National Civil Rights Museum at the Lorraine Motel (Memphis), Octagon Museum (American Institute of Architects) (Washington), and the International Civil Rights Center & Museum (Greensboro, NC). His work is in number of public and private collections and can be seen at andrewfeiler.com.