Jesus Piece Around My Neck To Protect Me From My Haters 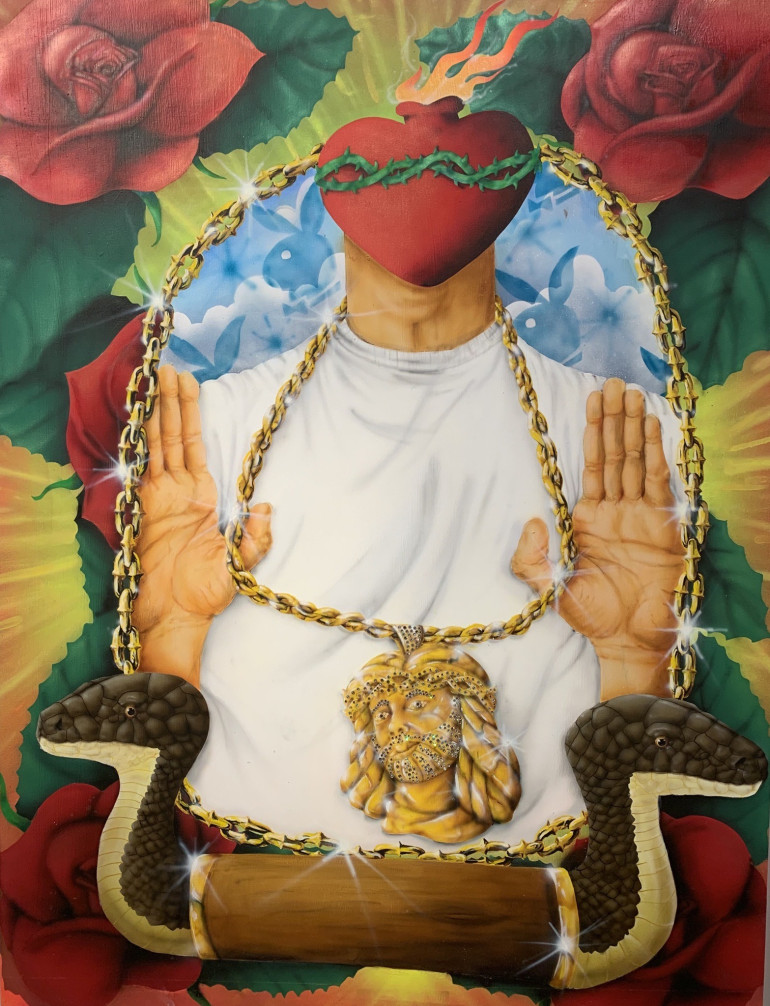 Angel Perdomo's working mediums vary but with a focus on acrylic and airbrush on canvas. His body of work is a representation of his experiences, thoughts, and interests as an immigrant in The United States. This ranges from his love of the surreal and low brow things like toys, cartoons, and comics that tap into his childlike perspective; he is also influenced by pop culture and the customs of his surroundings as well as his experience growing in a Hispanic home within a predominantly English community. All of this combined helps tell the story of his experience as an outsider in the very society he lives.

Our Value > Cotton and Gold