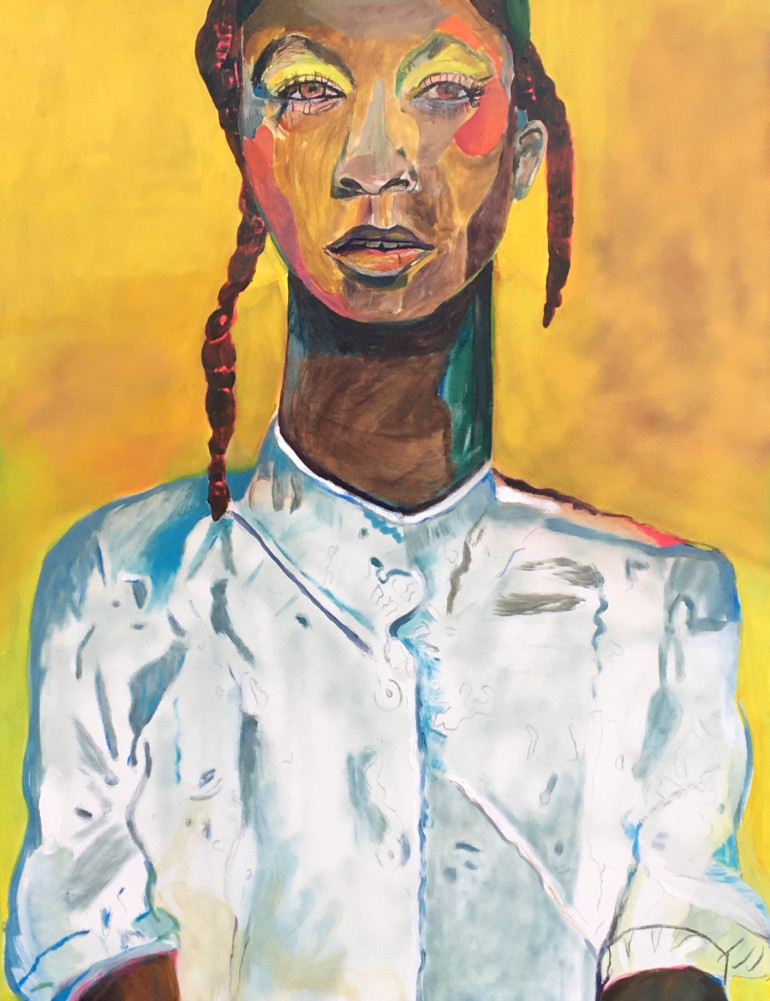 As a reaction to the Overwhelm of the global pandemic and Black Lives Matter movement, I began a series of small paintings called "The Meerkat Series". They were intimate portraits on paper made in my house at my desk. Elongated necks echoed the way meerkats peek out of their burrows to see what's going on outside. The pandemic made us all feel like this. Then came the murder of George Floyd and global protests. I turned inward and began thinking about my own actions and especially my inactions. I think a lot of us did. This large portrait is one of many which are a reimagining of many of the smaller ones. They're zoomed-in versions giving each person an importance and a responsibility. I've painted the figures monumental yet full of humanity. They are people I respect because they respect people. They are inspired by people I know or know of, flawed, unique, amazing and trying. Meg is a local Nashville artist/model that I find endlessly entertaining, silly, and inspiring.

John Paul Kesling was born and raised on the banks of the Ohio River, spending much of his time outdoors. He attended Morehead State University in Morehead, KY for his BFA in Arts and spent a semester in Europe studying art history. Kesling went on to receive his MFA in Painting from The Savannah College of Art and Design in 2010. He spent the next six years in Brooklyn, NY immersed in the NYC art scene. In March of 2016, he attended a month-long residency at The Vermont Studio Center. While there, he realized how integral time, space, and nature were to his studio practice and in July, 2016 he relocated to Madison, TN. He has recently had solo shows at The Red Arrow Gallery (Nashville, TN), Oz Arts (Nashville,TN) and Tim Faulkner Gallery (Louisville, KY). He is represented by The Red Arrow Gallery. He now owns a dog.