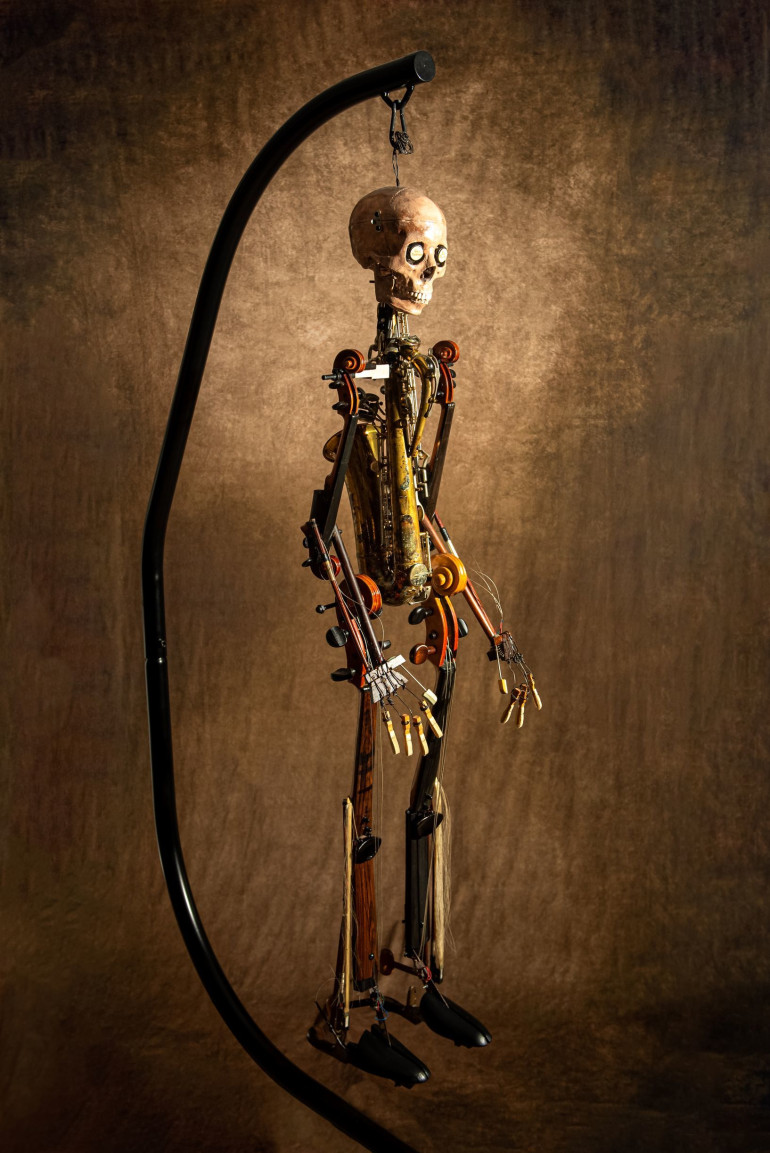 "We're All One. Only Egos, Beliefs, and Fears Separate Us." Nikola Tesla My art practice integrates the affective power of music and the science of human anatomy. This work is inspired by the tragedies and divisive acts of 2020. It is a call to embrace what it means to be collectively "One." Opportunities for human connections are overlooked because of our superficial focus on differences. We all have the same basic physical anatomy that is affected by the same forces. Music, being one of the most powerful, brings people of all races, religions, and sexuality together. In death, we are all the same; our color fades, our differences no longer matter; all that remains is the shell of our physical selves. While we are alive, we must strive to see our fellow humans as instruments of love and connection. My art is a plea for everyone to see humanity through a lens of connection rather than contrast, to seek harmony rather than producing discord, and truly embrace that we are all One.

Colleen J. Galeazzi was born in Palm Beach, Florida into an Italian family with four siblings. Growing up, Colleen was fascinated by metaphysical and three-dimensional boundaries. She became interested in her fatherâs contracting blueprints and, years later, she became passionate about how life and death interacted. Following the passing of three of her siblings, Colleen immersed herself in art, creating sculpture from discarded musical instruments and becoming reborn in her medium. Over the years, Colleen has collected many broken but beautiful instruments.The many pieces that fell into her hands, cellos, violins, pianos, were given a second chance through sculpture; their musical spirits given a new note to play in this world. She considers them her orphans; adopting them, giving them a home and new life. Currently she is working on a black cello swan dedicated to Ginny at Carolina Waterfowl Rescue. Her motto is to "Recycle, Recreate, and Make the Music Go Round."

Just One Of My Many Honors