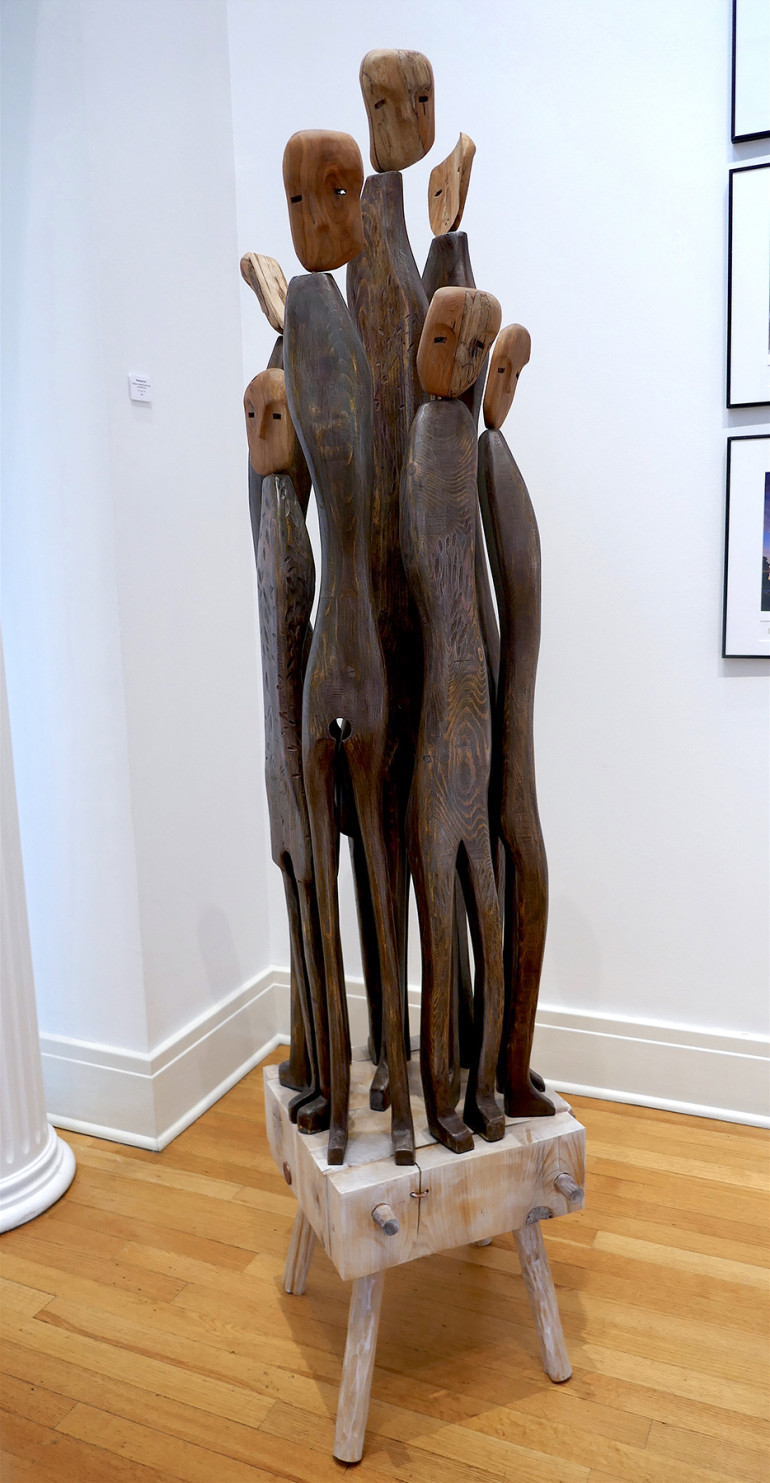 Jin H. Powell expresses the power of art as a healing technique for women who are survivors of sexual trauma, exploitation, and violence. Her journey is a personal path to view the ways in which women can be disenfranchised from their personal power and divinity. Jin became particularly devoted to utilizing her art as a healing form to uplift women, heal their wounds, and reconnect them to their divine source.

Jin Powell was born in China. She studied with master sculptor and professor Wang and turned to sculpture as a preferred medium. In 1980, she was accepted by the Central Academy of Fine Art in Beijing, China and received her BFA in 1985. In 1990, she worked at the Central Academy of Fine Arts, concentrating on large sculpture projects. Jin entered the Johnson Atelier Technical Institute of Sculpture in New Jersey in 1993 to study casting and fabrication bronze sculpture. During her study, she participated in the construction of the Korean War Memorial. In 1995, she was invited to Sweden for an International Sculpture Competition and her work received high remarks by international collectors. Jin completed her MFA at the Memphis College of Art in 2016. She opened a casting and fabrication sculpture studio located in Memphis, TN in 1996. In 1999, Jin won the sculpture competition, "14th & 15th Amendment", bronze bas-relief, in State Capitol Building, Nashville, TN.

What's Black and White and Read All Over?

An Almost Collapsing of Bodies