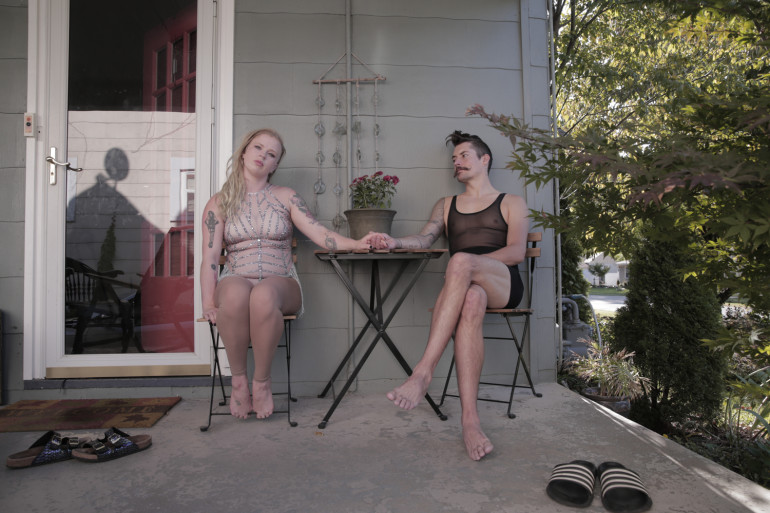 "Suspended" is a project that tells stories of circus performers aerialists and their families’ relations. Using their bodies in ways to test the boundaries and push the envelope on what movement is and what humans are capable of doing. Whether in the air hanging from the apparatus or wrapped and hanging by silk, the love, the synchronicity takes the viewers away and transports them to a world of awe and joy, inspiring them and inviting them to another way of seeing, another way of feeling and another way of living.

Amira Karaoud is a photojournalist and anthropologist. She was born and raised in Tunisia. At 22, Karaoud moved to New York where she pursued her MBA in Finance and started a career in Wall Street. After ten years of analyzing world economies and the ups and downs of its stocks, feeling unfulfilled, Karaoud left to follow her passion for understanding and capturing human life with her lens. Since 2013, Karaoud has travelled to over 45 countries documenting cultures and ways of living focusing mainly on womenâs role, the question of identity and their relations to their communities and their environment.

Today, Karaoud is based in Louisville KY. Her most recent projects: Heya (she in Arabic) contemplates on Arab women identity in contemporary society and Suspended, a collection of inspirational stories of circus family and its aerialist performers who uses their dance to push the envelope on what movement is and what humans are capable of doing.