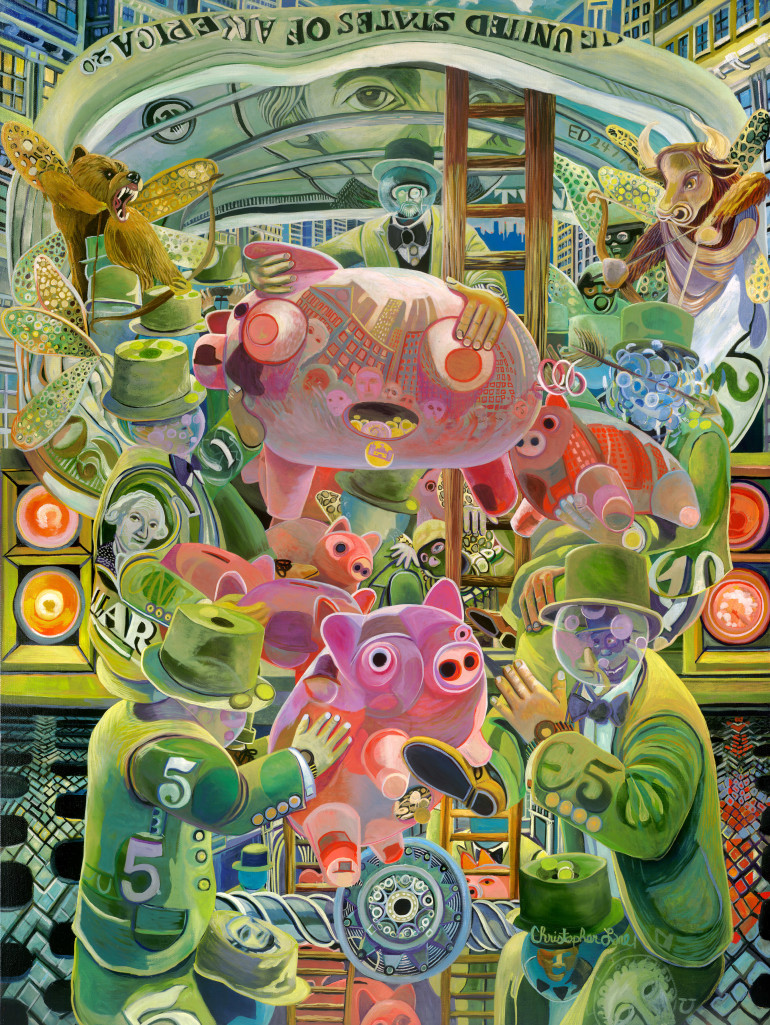 This work titled The Grifters is an observation on the current state of our nation. I am seeing an increase in the emptying of our coffers by these corrupt elected officials and fear our Country could be robbed of all its resources. My work observes the pitfalls of allowing corruption to thrive and grow amongst a people. It is election year, we are in the middle of a world pandemic, and we are so busy fighting amongst ourselves that we are no longer paying attention to them, that small, yet powerful group of people who control our world, The Grifters.

Born in Minnesota in 1968, Lane spent these formative years inspired by regional artists Thomas Hart Benton and Roy Lichtenstein. His early teenage years were spent in Cairo, Egypt where his work was influenced by the symbolism, hieroglyphs and expressive colors used in their paintings. Christopher discovered he had dyslexia and furthered his education at the GOW School in South Wales, New York. Upon leaving the GOW School, he spent a year living in Paris, France. He returned to the States and pursued an art degree at Eastern New Mexico University but left to support a new young family while serving in the United States Navy as a submariner.

Christopher has now made his home in South Carolina where he continues to use fantastic imagery to turn his life experiences into visual stories that primarily focus on people and their relationships with one another.

The Hands That Hold You