The Lady Matters (Too). 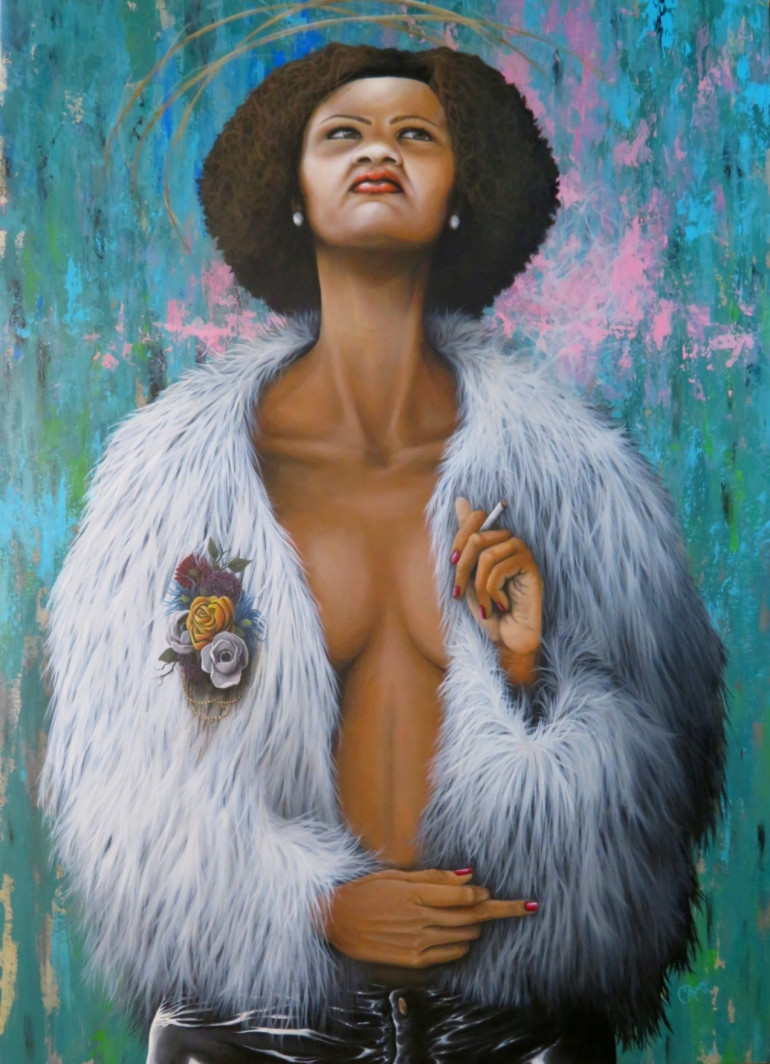 Inspired by human condition and spiritual fortitude, my current work is a tribute to enough--having had enough, recognizing being enough--raw dignity, advocacy of feminine power and endurance, positive and dynamic Black representation, and the fight for the greater good. These last few years, 2020 in particular, have loudly and boldly shown us a mostly hidden ugliness that exists among society, yet also revealed a resilience, righteousness and complex beauty dwelling within us too. Despite the opposition of blind complacency, denial, and the bevy of emotions swirling–anger, frustration, desperation, fear–we turn a spotlight to injustices, and we show up and show out to rally against them with our middle fingers high and our best foot forward. There is brazen hope, there is love and mercy, there is relief, and inclusive higher ground to stand firmly upon with fearless pride, unequivocal resolve and an unwavering knowledge that this lady, and those like her, matter (too). #BLM

Corinne was born and raised in Daytona Beach, Florida. As early as 3 years old, she became a student of watercolors and acrylics while under the tutelage of her maternal grandmother. Art and creativity have steadily been an integral part of her daily bread since.

After graduating college with a BFA in Graphic Design, she worked in the field for a while but became jaded after the death of her father. The need for more human interaction and physicality led Corinne to become a licensed massage therapist while continuing to freelance design and paint. She's greatly influenced by the stories of usâexploration of form, emotion, feminism, culture/ethnicity, history, social constructs, spirituality, and her own misadventures as a "tall southern biracial bbw with hair and soul as wild as the day is long"âher heritage is a big source of personal pride and curiosity. Simply, she's a figurative artist with penchants for acrylic paints, love, the underdog and that wide open space outside the box.

Be Loud, Speak Up