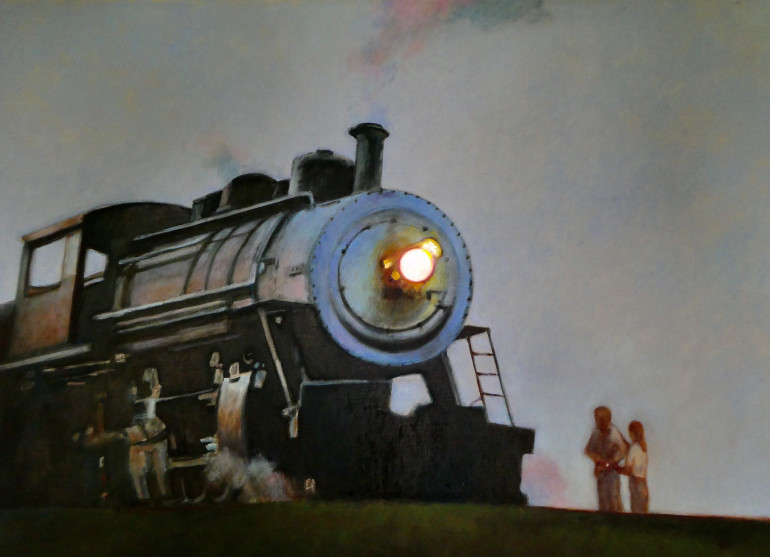 It is with surety that nature and time are a constant in the creative universe. It is humanity's choice as to how these constants will be embraced. Consider what we drive, wear, conquer, and spend has little life value. That which we cannot see or hold, the most valuable. Stewardship of the gift of all life on Earth. The Time Train is always on schedule, and we all have a ticket.

Stephen Chesley was born in Schenectady, New York in 1952. He exhibited a natural proclivity for drawing and art almost as soon as he could hold pastel and pencil which were often Christmas gifts from his family. Growing up in Virginia Beach in the late 1950âs, he was exposed to the âBeat Generationâ of musicians, artist, and writers when Virginia Beach was still a seasonal seaside resort.

Recognized in 1981 by the Columbia Museum of Art as an emerging talent, Chesley went on to win top 100 in the first National Parks competition of 1987, exhibiting at the Smithsonian. In 1996, he was awarded a National Endowment for the Arts, Southeast Regional Fellowship, Southeast Center for Contemporary Art. Chesley has continued his work, characterized as poetic realism, along with welded and carved sculptural pieces. Joint works have included illustrating Archibald Rutledge short stories and WS Merwinâs poem,âPalmâ for the Thomas Cooper Societyâs Thomas Cooper Medal for WS Merwin in 2012.

Leda and The Swan (Canon Interrupted)