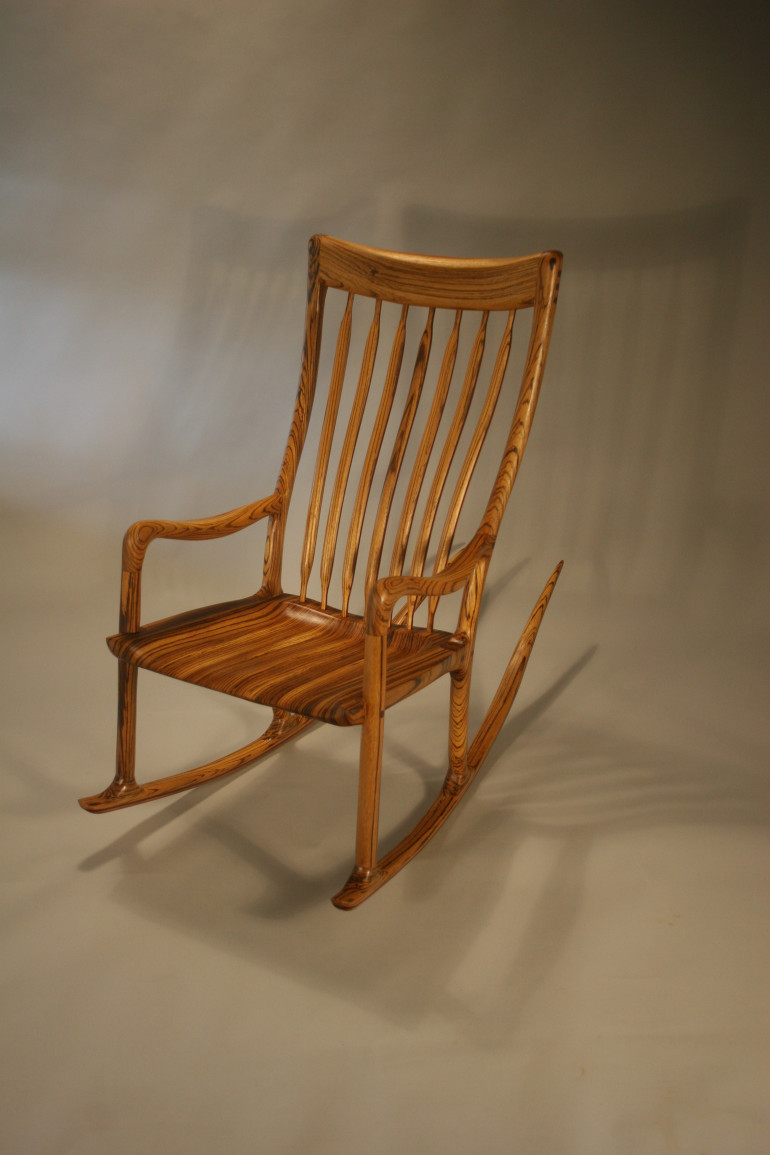 This rocking chair is the 23rd rocking chair I've produced over the past 21 years, I feel the design has evolved to where the functionality and comfort of the chair are matched by the sculptural aspects of the design where I have achieved a functional piece of art.

Bruce Bradford is a furniture designer who is crafting unique works with an artistic and functional significance. He was born in 1960 in Western Michigan. He received a BS in Packaging Engineering from Michigan State Univ in 1982. Bradford worked at RJ Reynolds Tobacco International from 1983 to 2002. He began his first commissioned piece in 1999 and began full time commissioned work in 2002. Since then, he has created over 200 pieces. Bradford is married to Margaret Savoca, with one dog,

The Leaf and the Cloud

The Other Side Of The Fence