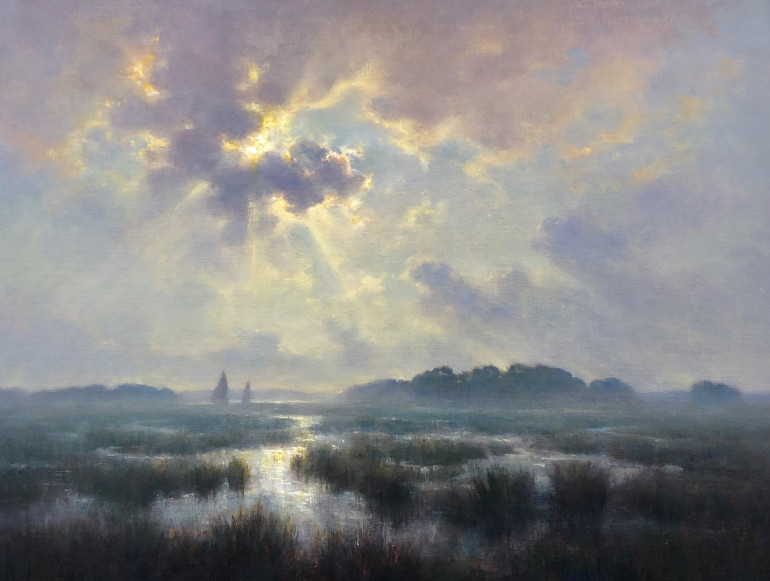 While this painting can be considered just another Lowcountry scene, my objective is to take the viewer beyond mere time and place. My hope is to suggest a transcendent quality of light that transforms the everyday into something more.

Gerard Erley has had over four dozen solo exhibits throughout the United States and has exhibited in over 300 juried shows. He has won over a hundred awards at the regional and national levels. The artist’s work has hung in museums and galleries from New York to California, and can be found in museum, corporate and private collections both in the United States and abroad.

Erley is known for his imaginary landscapes in oil paint on canvas or panel. He rarely refers to photos or sketches, preferring to paint in the studio from memory and intuition. The artist is influenced by such 19th-century American and European painters as Inness, Corot, and Turner. Like them, he seeks a sublime quality of light in his romantic landscapes.

Additionally, the artist has received recognition for his portraits, still lifes and figure work. He has taught at the college level and currently offers workshops for those wishing to improve their skills.