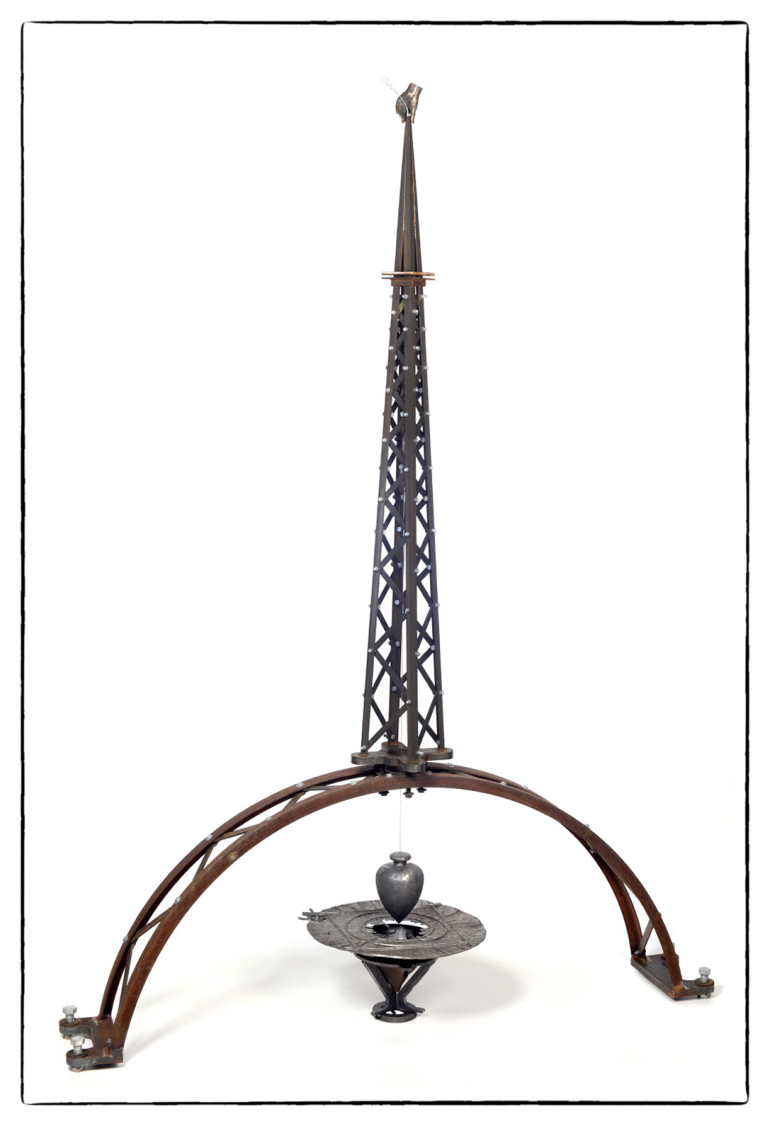 The industrial harvesting of earth's natural resources is the focus of my recent sculpture. While this activity is necessary, there are always negative environmental consequences to be paid. My sculpture attempts to acknowledge that price while also pointing out that we as users are all complicit in the harvest and resulting consequences. LOCATOR is a sculpture referencing the discovery process of locating the site of desired material before actual extraction begins. A large plumb bob suspended by a child’s hand atop an industrial structure represents our ignorance or indifference to the consequences of these mining operations. The cast iron horizontal plane represents the distressed and violated earth surface. A hand-covered iron vortex suggests the potential human consequences. The small convex mirror at the bottom of the sculpture allows the viewer to see their own reflection and possibly acknowledge their own complicity as users, in the harvest of the earth's natural resources.

Virginia and the MFA in sculpture from the University of South Carolina, Columbia,

South Carolina. He joined the faculty at the University of Montevallo in 1973 and retired

after serving for over 43 years. During his tenure at the University, Ted has received

several teaching awards including Alabama Professor of the Year, a

Creatively, Metz has been successful in exhibiting his sculpture in numerous national and regional exhibitions, including The National Gallery, Smithsonian Institution, Washington, D.C.

He received a grant from the National Endowment for the

Ted and his artist wife, Robin Nance Metz, maintain their studios in Montevallo,

Another Summer Afternoon on the Blue Ridge Parkway