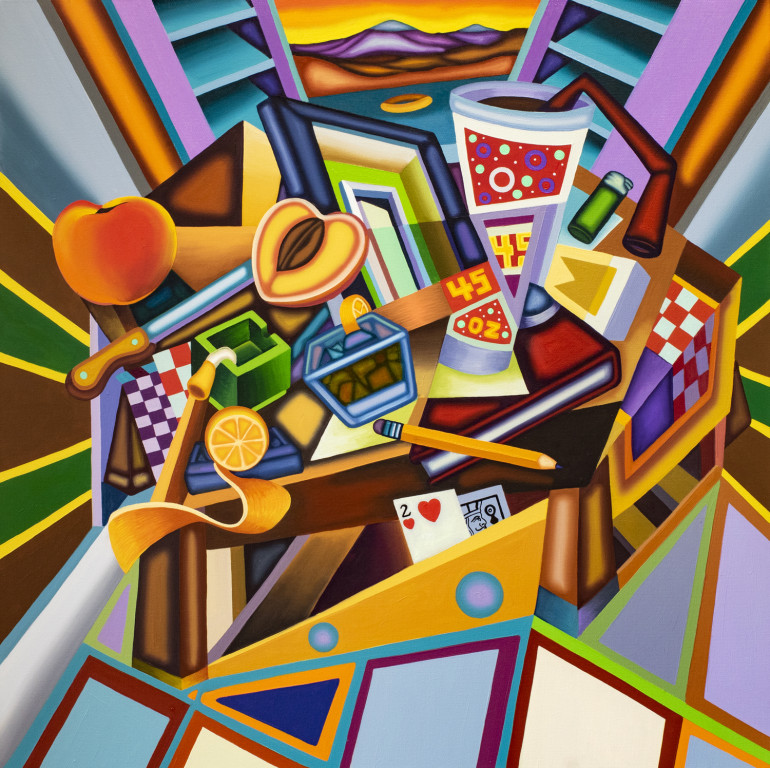 Sequestration Still-Lifes and Other Scenes from the Plaza consists of a body of metaphorical paintings that tackle the still life as a subject. The paintings, done under quarantine, cover the ideas of domestic claustrophobia, vice, and the political and medical misgivings of our country. These paintings draw from a span of historical influences, which include Dutch memento mori, synthetic cubism, and pop art. The work covers a seemingly repetitive narrative of an orange unraveling accompanied with other objects that represent both the life of the artist during the lockdown, the creature comforts of vice, and their parallel existence to the national narrative in the United States. Playing off of objects familiar in Vanitas still life work, the work uses objects and places that are both personal to the artist in consumption and existence accompanied with objects that represent ideas of an expanded larger political narrative. Ultimately the work engages in the notion of temporality.

Fish Out of Water