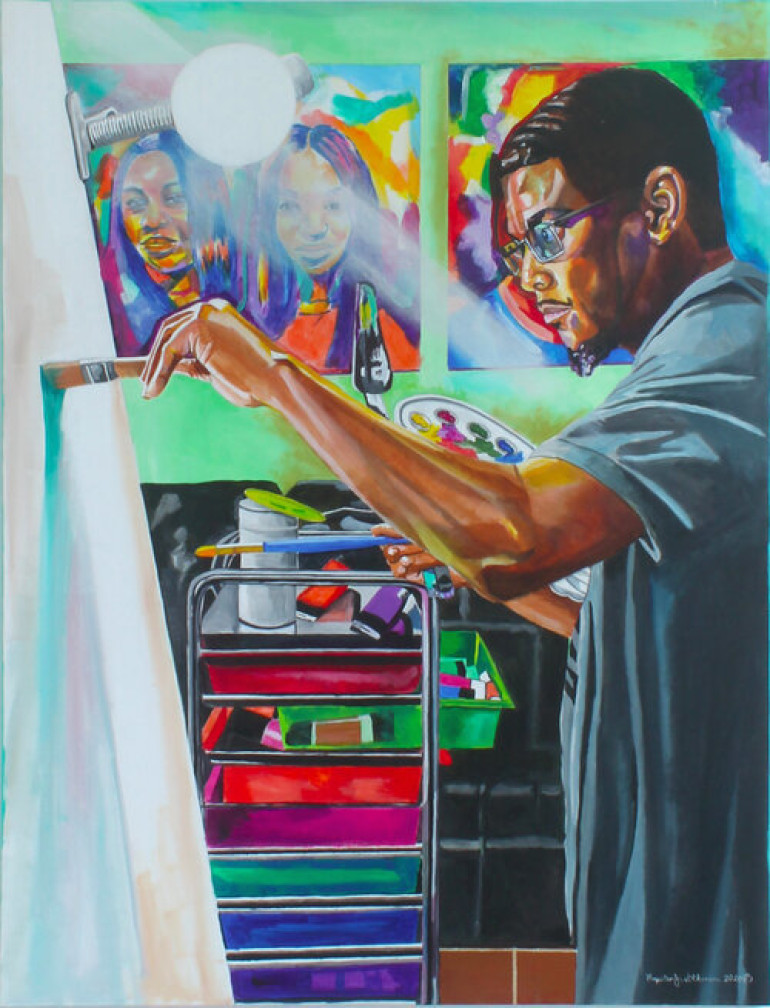 "The Artist" is a self-portrait of myself painting. It is an acrylic painting done on a 48" x 36" canvas and the painting is one of a series of 10 paintings in acrylic. Most of my paintings are with watercolors but I wanted to work with more expressive colors and texture. The painting depicts me starting a painting in my studio showing other paintings in the background. If you study the painting much further, you can see diagonal, horizontal, and vertical elements in the painting and it shows all of my tools that I use to make a painting. I also liked the concentration and focus you see in my expression as I begin to paint.

Napoleon Wilkerson is an artist and art teacher who moved from New York to Savannah, Georgia in 1972. Napoleon began his artistic life in Savannah at the young age of seven, when his mother enrolled him in summer classes at the Savannah Art Association. The promise he showed as a young child has developed remarkably, as he honed his skills at the Savannah College of Art and Design, where he earned a B.F.A, in Illustration and an M.A. degree in Painting. He has been honored many times at the Gullah Festival in Beaufort, SC where he has four times won the Best in Show Award. Napoleon also won the Georgia Resident Award from the Georgia Watercolor Society. Napoleon Wilkerson has taught art in the Savannah Public Schools since 1994, and currently teaches visual arts at the Savannah Arts Academy.

I Have Something To Say