An Evening with Loretta Holloway “Quietly Walking with our Ancestors” 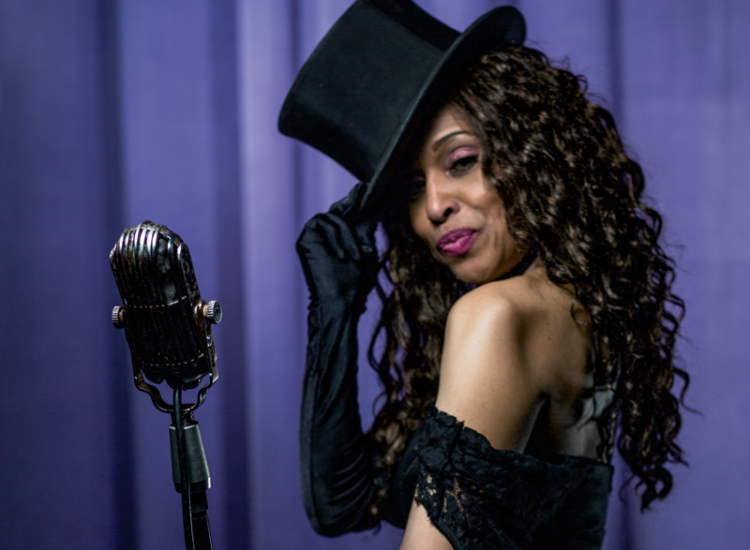 An Evening of Music with SC’s First Lady of Song, Loretta Holloway!

Loretta Holloway “South Carolina’s Official First Lady of Song” will present an evening of songs inspired by the paintings and drawings of Tyrone Geter’s solo exhibition at the TRAX Visual Arts Center. Holloway will cover a full range of songs from Nina Simone, and Ella Fitzgerald, to Marvin Gaye as well as classic renditions from her debut CD “Quietly.”

Holloway, a native of Belton, South Carolina, was proclaimed by the Senate as “South Carolina’s First Lady of Song and was presented to Queen Elizabeth and Prince Philip in a Royal Command Performance in Brisbane, Australia. Variety Magazine dubbed her “A singing actress” using her lyrics as her dialogue. She recently received the “Las Vegas Legend” award for her years of performing throughout Nevada and has added the title of author to her many credits with the release of her book “Inside Loretta ” currently available through Barnes and Noble and Amazon Books. Look for Holloway to also include her new Single “That Lady” in her repertoire. The song is now streaming on all media platforms. A book signing will follow the performance.

-Enjoy the full VIP experience! Start at TRAX Visual Art Center at 118 Sauls Street for a Meet & Greet with artist Tyrone Geter from 6-6:45PM and then move to the Stables for the unforgettable performance from Loretta Holloway from 7-8:30PM.

-Just want to join us for the concert? You can also purchase concert tickets only to be dazzled by South Carolina’s First Lady of Song. The concert will be from 7-8:30PM in The Stables at 128 N Acline Street.