Hello, Society, It's Contrived to Meet You. 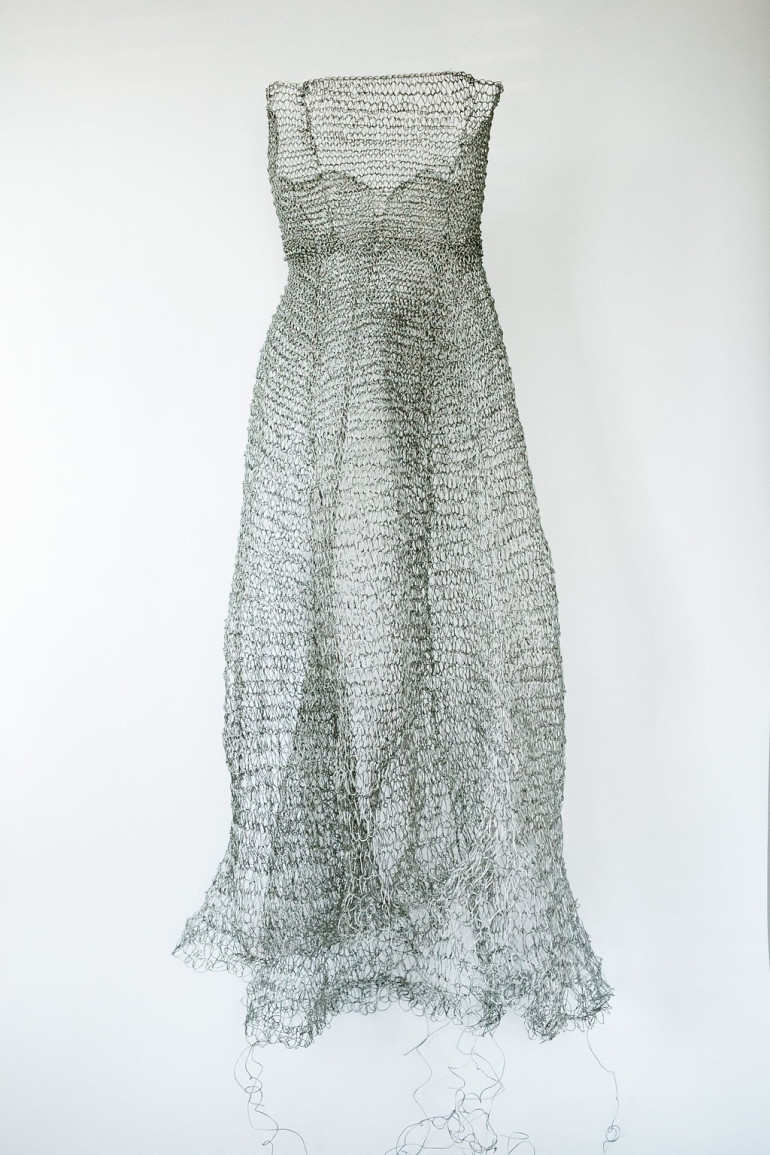 My creative processes are rooted in explorations of traditional fiber practices and how they relate in the realm of metal. Knitting and weaving are art forms that are stereotypically seen as solely feminine and ‘crafty.' I aim to break past that limitation by uniting the idea of craft with fine art, as well as redefining ideologies of feminine art forms. Remolding perceptions and empowering women have a deep influence in my artwork and can be seen in the tedious detailing of its repetitive nature as well as the strong structures that result from that process. Debutantes traditionally wore big white ball gowns resembling a wedding dress, as well as long formal gloves. The women were presented into society upon the age of maturity in a manner that represented she was ready to be married. My motive in creating this piece is to begin a dialogue about the expectations placed on women in Southern society, how some traditions, like debutante balls, are still integral parts of the culture's makeup and what effect this has on widespread perspectives concerning feminine identity and her role in our world.

Sarah Mosteller was raised on the Gulf Coast of Alabama before moving to Charleston, SC to attend the College of Charleston. In May 2015, she received a Bachelorâs degree in Studio Art and Art History. After graduating, she began working out of Redux Contemporary Art Center. Sarahâs work has been on display at the âYoung Contemporariesâ Exhibition at the Halsey Institute of Contemporary Art (April 2015), the âSilver vs. Gold Exhibitionâ at the Vendue Gallery (November 2015-April 2016), Redux Contemporary Art Center (April 2016), and was selected to be in ArtFields 2016 in Lake City, SC. Her recent exhibitions include the âUncommon Materialsâ Exhibition at LeMieux Gallery in New Orleans (October 2016), and her first solo show at Harper Smith studio in Mobile, AL (November 2016). Sarah is currently working out of her home studio in downtown Charleston, SC, focusing primarily on creating metal sculptures for both gallery and commission work.