Lost to nothing on a bay of dreams 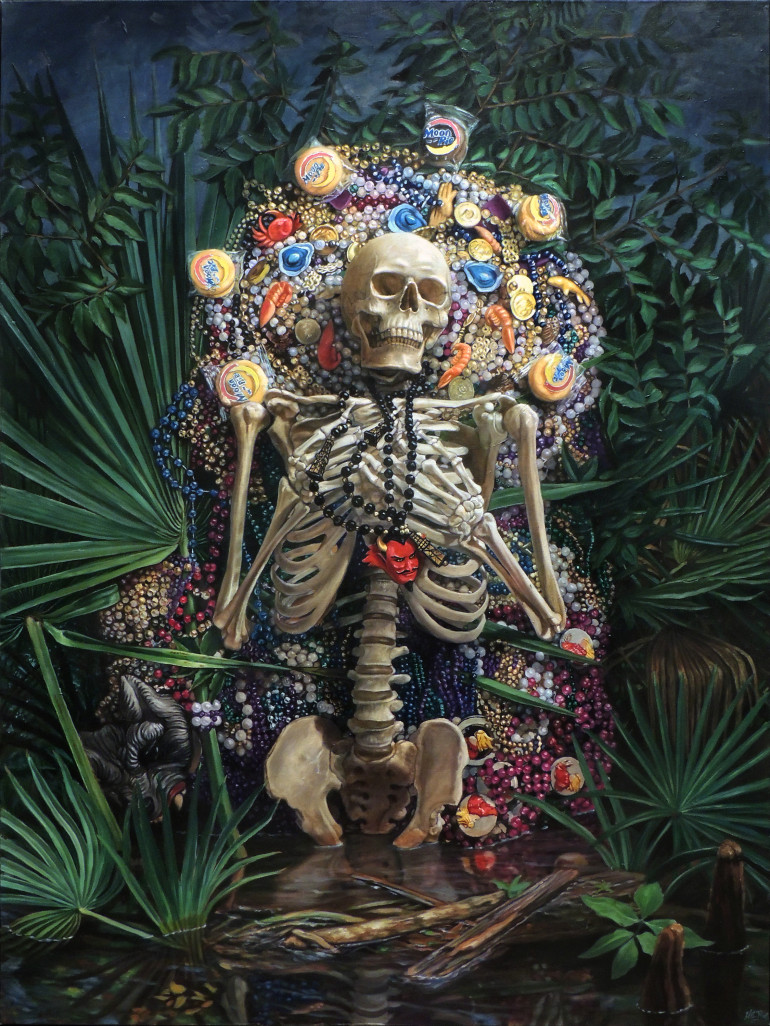 An allegory on our relationship in contemporary Louisiana with climate change, the petrochemical industry, and the way we ignore these issues while promoting the cultural institutions and traditional livelihoods that are threatened by these very problems. Like a Maya stele, a monument to an endangered culture forgotten and sinking into a swamp because we lack the political will to grapple with our self inflicted damage and to confront our changing climate and environment. Framed with wood salvaged from the roof of the artists studio which was completely destroyed by Hurricane Delta in October 2020.

Herb Roe was born and spent his childhood in the Appalachian regions of Southern Ohio and Northeastern Kentucky. In 1992 he received a scholarship to the Columbus College of Art and Design in Columbus, Ohio. In the summer of 1993 he met the mural artist Robert Dafford. He subsequently apprenticed to and worked for Dafford for 15 years on mural projects throughout the Ohio and Mississippi River Valleys. As a Dafford Muralist, Roe specialized in large scale, long term historical mural projects, often connected with local Chambers of Commerce, Tourism Bureaus and Downtown Development Agencies. Many of these projects took between 5 and 10 years to complete, and ranged from 1 to 50 murals in each town. In 2007 Roe began to pursue a career as a fine artist, specializing in oil paintings depicting the history and culture of his adopted home in South Louisianas Acadiana region. His recent work explores his childhood home in Appalachia and adulthood traveling and working in the southern US.

Blue Jackal Under the Tree India