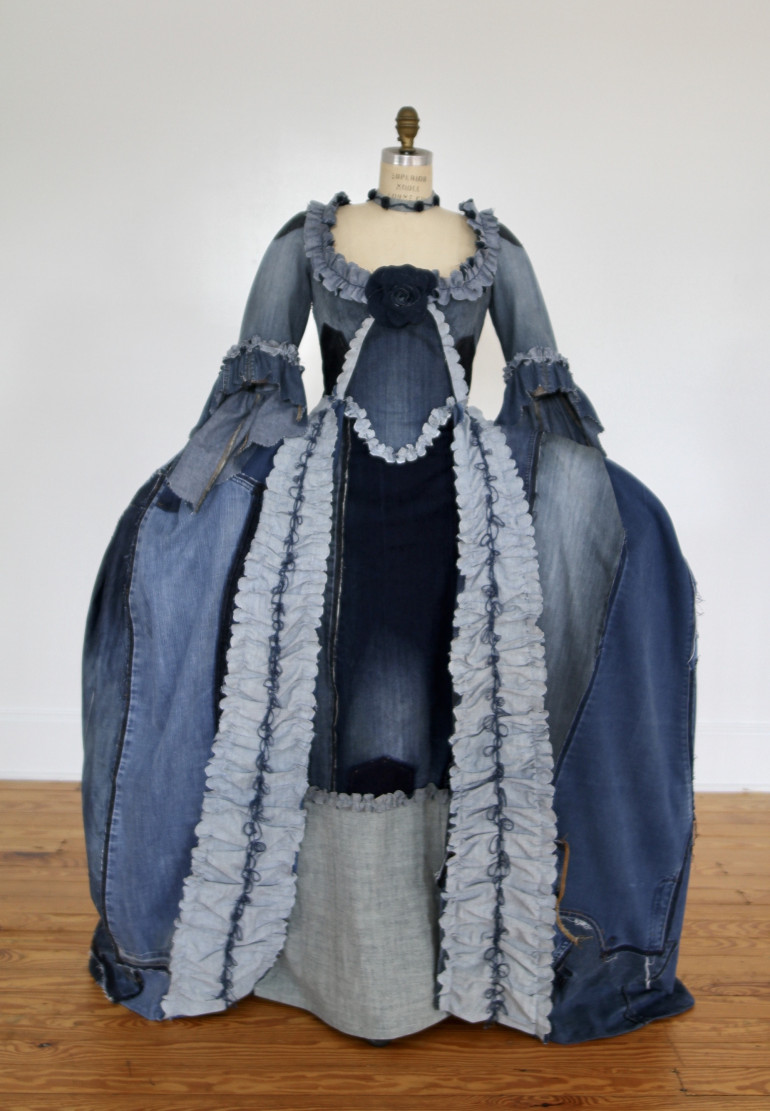 I make art from used jeans. Creating this art allows me to connect with the distant past, which I adore and wish I could have experienced personally.

When I take apart seams and iron pieces of fabric flat, the material reveals interesting and unique characteristics. The markings and gradations of blue caused by distressing the jeans stimulate my imagination. Each marking and frayed edge has a history. My works present imperfection, wear and decay as beauty, a perspective which I believe stems from Japanese sensibility and aesthetics that I was raised with.

The traditional fiber and couture methods that I use juxtapose traditions of the past with the modernity, mass production, and utilitarianism that jeans symbolize. As traditional sewing techniques have increasingly become lost in the post-industrial age, I thought I could preserve some of these techniques by incorporating them into art. Through my work, I explore the boundaries that separate art, craft and fashion.

Rima Day has studied fashion design both in her native Tokyo, Japan and later in New York City. As she pursued a career in fashion, she quickly realized that her joy and passion were found in the technical as well as the creative aspects of couture. She went on to freelance as a custom ballet costumer in New York City and Connecticut for several years.

Eventually, she moved to East Tennessee, where she was introduced to many forms of fiber art and began research into silk worm threads, indigo dyeing, and quilting techniques and other crafts. After obtaining a degree in studio art, she settled into the Nashville area, working in the costume shop at the Vanderbilt University Theatre and is continuing to make fiber art on her own.

Turbulent Femme || toward a radical future