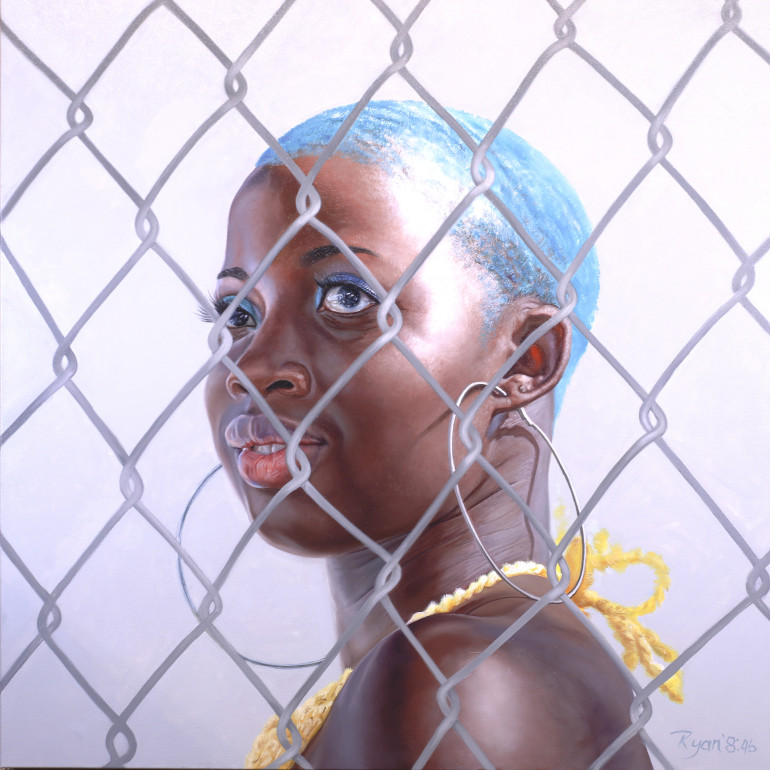 Fences is a powerful painting with a beautiful and disarming imagery. It draws curiosity as to the who, what and where with the particular question of why. The questions provoked in the painting are multifaceted and I believe this mystique is what's more compelling than the actual portrait and technique used in creating it.

Weldon Ryan (b.1962) was born in The Republic of Trinidad and Tobago, W.I. He graduated from the High School of Art and Design in 1981 and attended the State University at New Paltz, 1981- 82. Ryan graduated from the Fashion Institute of Technology in 1985 with an A.A. in General Illustration. After an internship at Quarto Book Publishing in 1985-1986, Ryan worked as a freelance comp artist for ad agencies until 1989. He served as a NYC Urban Park Ranger in 1989. Ryan was employed by the NYPD as a Police Officer and Forensic Artist Unit in 1994 until his retirement in 2004. He now resides in Palm Coast, Florida .

A Loss of the Individual