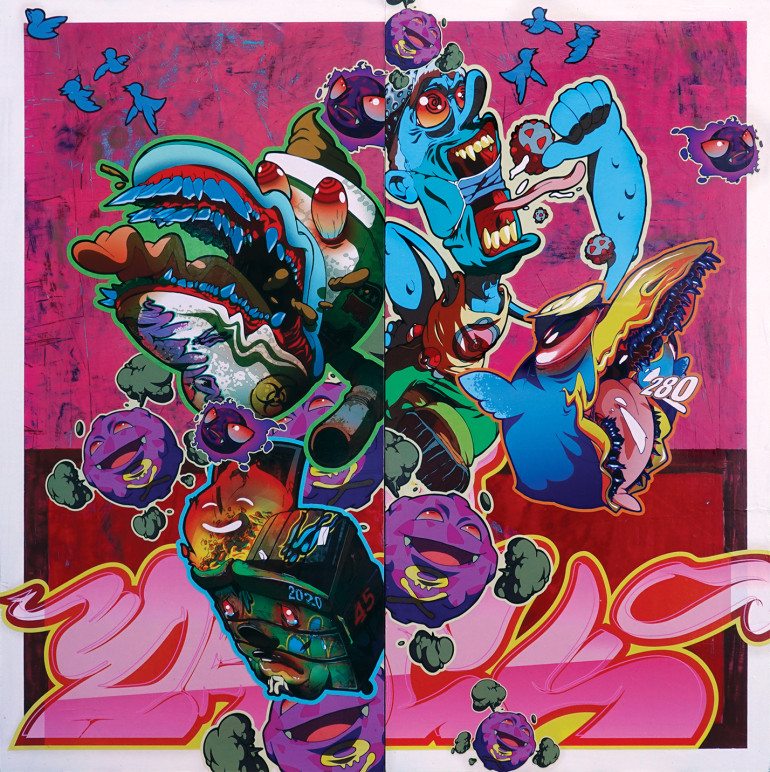 The year 2020 has brought to the fore many monsters that have been hiding in plain sight for generations. One of these "monsters" is the human ability to manipulate words. We have turned our planet into a dumpster fire and outsourced thought to the colors red and blue. Instant gratification rules the day. Cult like groups have infested the internet, giving rise to the rejection of even the most basic of truths. Do we no longer have the mental capacity to filter information? Could it be that we have lost the ability to have civil discourse? References: twitter birds: @realDonaldTrump pokemon: Koffing, Gastly (poison, gas, ghost type Pokemon)

Winfred Hawkins developed his drafting skills by watching his father and copying animals from nature books. âI was basically a copying machine. I would draw just about anything you put in front of me.â

While in high school, he was commissioned by the Troy University Rosa Parks Museum in Montgomery, Alabama to design 10 bronze roundels for the outside of the museum. He completed the project after graduating from Savannah College of Art and Design. Winfred has been working as a graphic designer since 2007.

After suffering from a nerve injury in 2012, affecting both arms, he has considerably changed his style to incorporate the use of both hands. Winfred mostly uses his non-dominant, right hand, for sketching, but sometimes paints an entire work. The left hand he reserves for work that is more involved, in style, as well as subject matter. With this technique, Winfred creates original characters, incorporating them into his own unique mythology and art style.