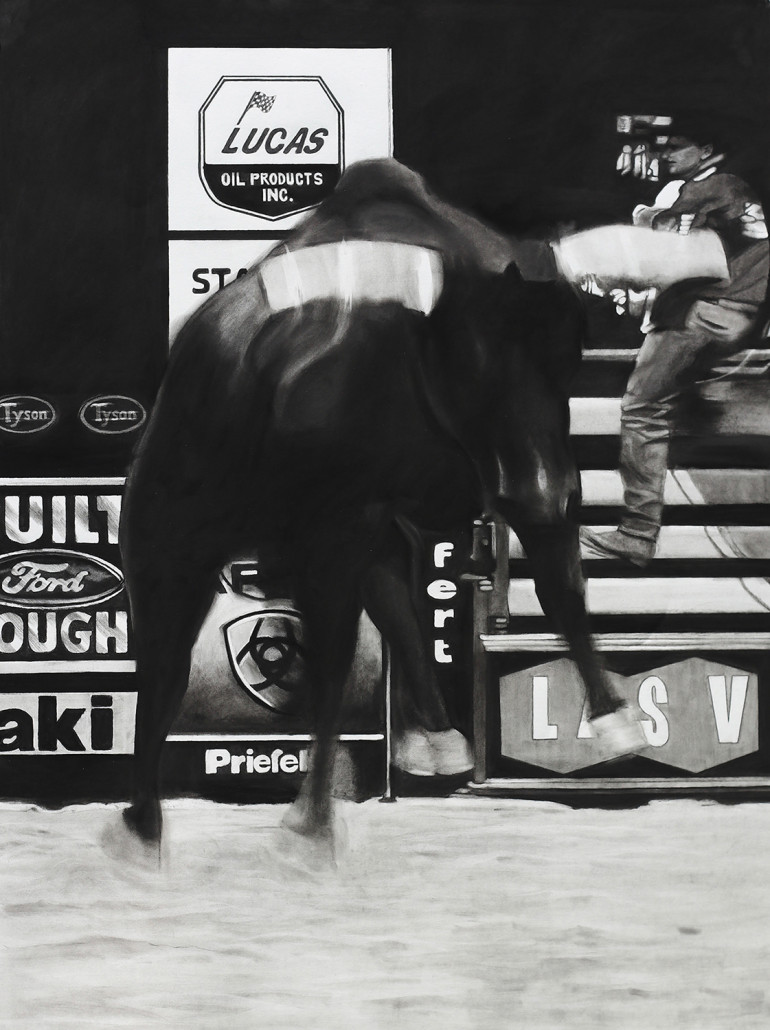 The human relationship to the natural world is a consistent theme in my art practice. "Lucas" is one in a series of drawings that portray the cultural ritual of bull riding, the ageless contest of man versus nature, a ritual that reinforces our perception of ownership and control. Drawn in charcoal, a medium reminiscent of early cave drawings, the powerful and dangerous beast is a blurred form, a spirit, or form of energy. Here, the rider and bull exist as performers within a modern arena of corporate brands. Meaning and purpose have been usurped by the marketization of this age old ritual.

Our relationship to the natural world is a consistent theme in Virginia Fifieldâs artwork. Her large scale, charcoal drawings explore themes such as the human reciprocal relationship with the natural world, perceptions of right of ownership, and the appreciation of the spiritual connections between man and nature.

Originally from Canada, she received her BFA at York University and studied architecture at the University of Toronto. In 1992, she moved to South Florida where she won numerous awards including the All Florida Exhibition and Competition at the Boca Raton Museum of Art and Drawing Magazineâs international drawing competition. She has been featured on PBSâs TV show ART LOFT. Her work has been awarded multiple grants and has been exhibited in museums and galleries internationally. Fifield now lives and maintains her studio in Charlotte. NC.

DON'T TREAD ON #ME TOO