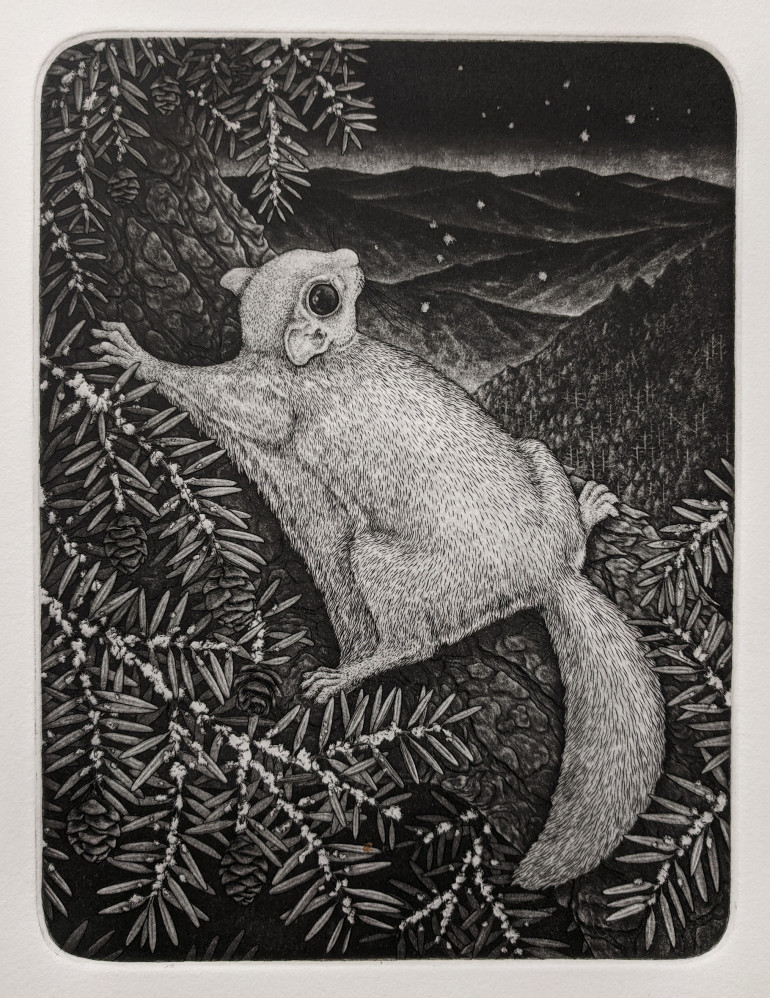 "Woolly Bully" is about the invasive hemlock woolly adelgids, a pest that has infested the Eastern Hemlock trees. They have been detrimental in areas I often hike, like the Great Smoky Mountains, Big South Fork, & Daniel Boone. Looking out on the mountain ranges, you often see large areas of dead hemlocks, and while hiking, you can easily find infested trees. These aphid-like insects protect itself in a waxy, white "wool" while feeding on the sap of hemlock trees. This disrupts nutrient flow and causes needles to drop. Without its needles, the tree starves. Hemlocks are a keystone species, which are vital to forest ecology. A loss of them will result in dramatic changes in the ecosystem. They play an important role by providing deep shade along creeks, providing habitat for many species such as the North Carolina Flying Squirrel (endangered), and maintaining cool micro-climates critical to survival of trout and other cold water species, such as our many endemic salamanders.

Ashton Ludden's artwork explores our relationship with other living creatures as we become further removed from the natural world. Ludden primarily create detailed prints using multiple printmaking processes, such as hand-engraving on copper, monotype, and wood engraving. More recently, she's also been playing with creating large weavings from salvaged plastic, experimenting with clay, and mural work. Through her work, Ludden shares the wild around us and considers our everyday actions that affect it directly or indirectly. The aim of her work is to evoke a renewal of attentiveness, conversation, and respect for other living beings.

Ashton Ludden is an artist and educator in Knoxville, Tennessee. She received her MFA in Printmaking from the University of Tennessee in 2013 and her BFA in Engraving Arts & Printmaking at Emporia State University in 2009. In addition to her studio work, she currently works part-time at Trader Joe's in Knoxville as a lead sign painter.

of America: The Problem We All Still Live With

"Whatever Happened to Baby?"