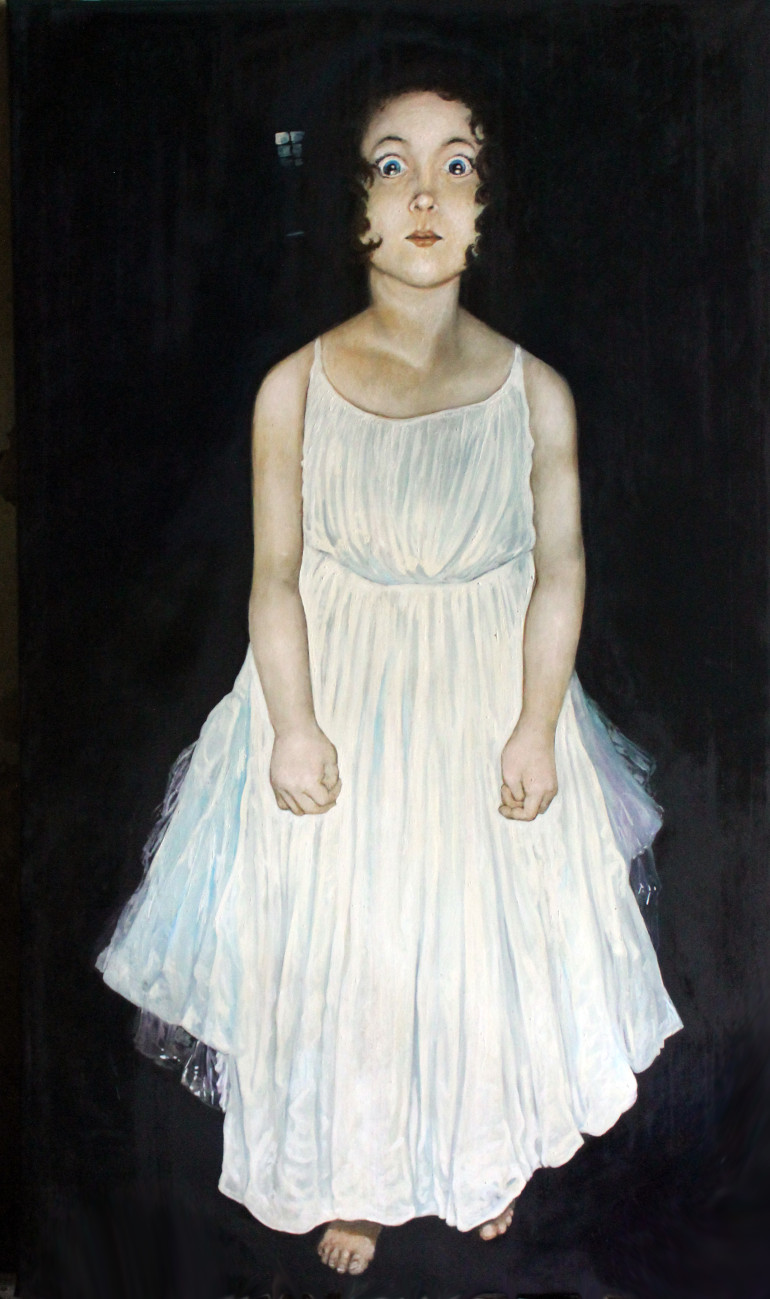 This is a composite painting of my daughter, Julienne, as a child, the first time she went to Disney World. The flower girl dress is from a different occasion. She appears to be in shock, but is just overwhelmed by the spectacle.

Stephen Smith is a painter and illustrator based in Birmingham, Alabama. He holds a BFA in painting from the University of the Arts and a MA in art history from UAB. His work has been displayed in numerous galleries and public institutions around the country and his illustrations have appeared in dozens of books, magazines, and academic journals including Penguin Books and HarperCollins.

Nothing Stays the Same VII

Blind in Art - Humans are Jewels

There Is A Light