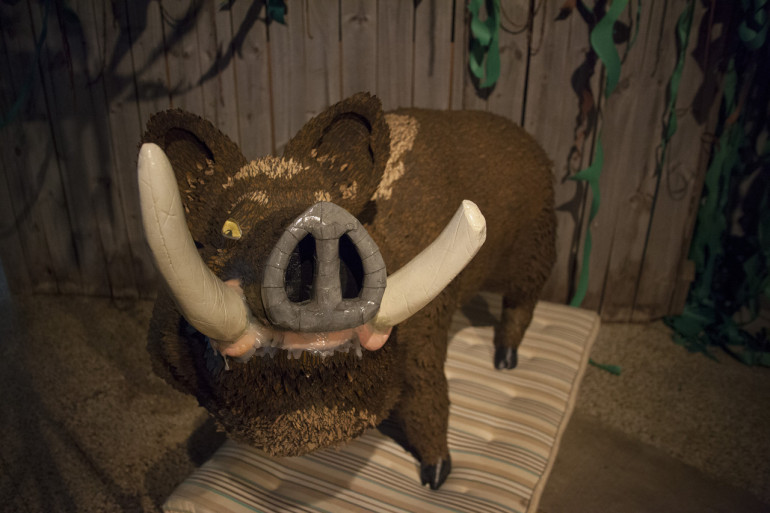 “Uncle Bluegill” is representative of the crooked politician archetype found in southern storytelling tradition. He is part of the artist's larger, ongoing body of work, “Mythossippi.”

Ross Turner’s parents won him as the second place prize in a watermelon-eating contest at the Yockanookany County Fair in 1986. He grew up in Chickenbone, MS, subsisting on a heart-healthy diet of fried chicken, fried okra, and fried Dr. Pepper. Ross spent his days chasing frogs in shallow creeks, building forts, and drawing stuff; and his nights sleeping in the greatest tree house ever built.

His current work is focused on the exploration of the idiosyncrasies of Southern culture. As a native Mississippian, Turner struggles to define his emotional connection to a region which is home to extraordinary creativity and innovation as well as extreme poverty and racial tension. In an effort to reconcile this cognitive dissonance, he turns to the richest of all Southern traditions: storytelling.

Each piece reveals a portion of an allegorical, semi-autobiographical tall tale inviting the viewer to enter a fictional world to experience the whimsical, the fantastical, and the nostalgic.

Sunrise On The Mountain

"One in Every Family"

I AM A MAN