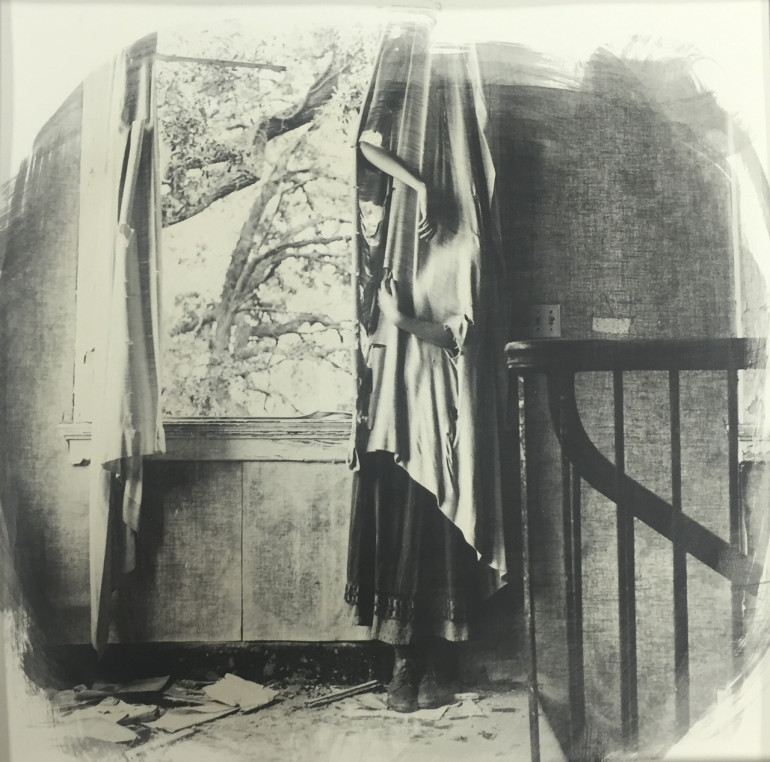 Smith uses the alternative technique of liquid emulsion on watercolor paper in this photograph to lend to the image's timelessness. The brushstrokes of the applied emulsion emphasize the gesture of the figure's arms, which themselves mimic the flowing curtains and the creeping tree branches outside the window. Smith hides the identity of the figure, allowing the viewer to see the figure objectively and draw comparisons between the figure and the surrounding environment. The photograph was taken in North Charleston, South Carolina.

Bow Smith is currently a junior at the College of Charleston, studying photography. He works mostly with black and white 35mm or medium format film to print traditional gelatin silver prints. He also prints photographs with liquid emulsion on watercolor paper. Smith aims for a sense of timelessness in his photos which is enhanced by the traditional or alternative techniques that he uses. Many of Smith's photos represent the human form as an extension of its surrounding environment. He rarely shows the face of the subject, removing his or her identity, which then allows the subject to act more as a part of the environment, rather than independent from it. However, Smith often use the extremities of the body, such as the arms, legs, and fingers to preserve some human element of the subject.